Here are three scenes from Seattle Center I drew during the monthly meeting of the Seattle Urban Sketchers group. The first is a quick study of the east entry to the former Armory, which is now known as the Center House. 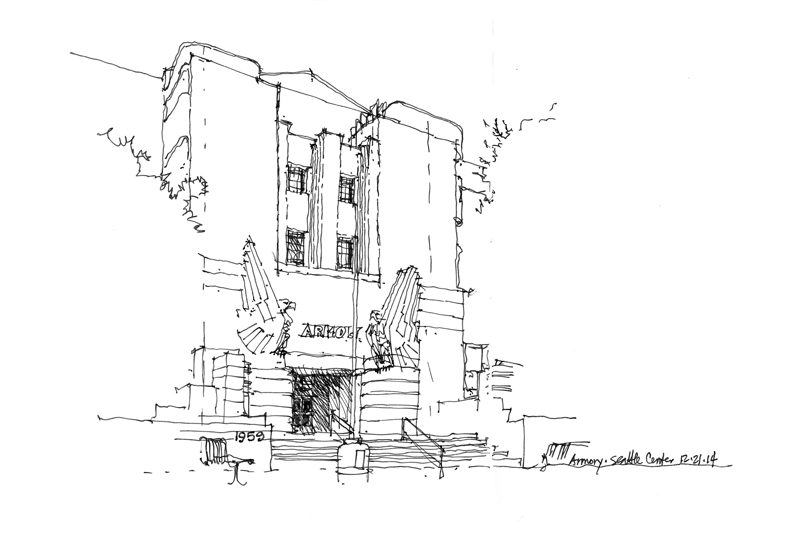 The second is the interior of the Center House, which houses a large food court, entertainment stage, and a super-sized model train layout for the holidays. 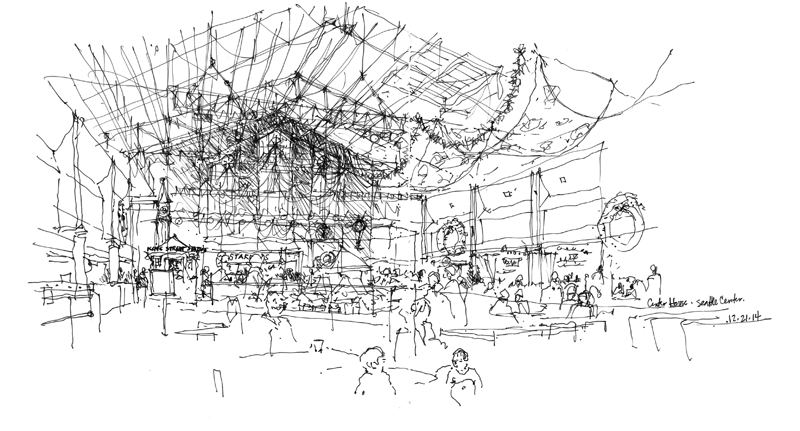 The last is of Key Arena, former home of the Seattle Supersonics but still a successful venue for many sporting and cultural events. 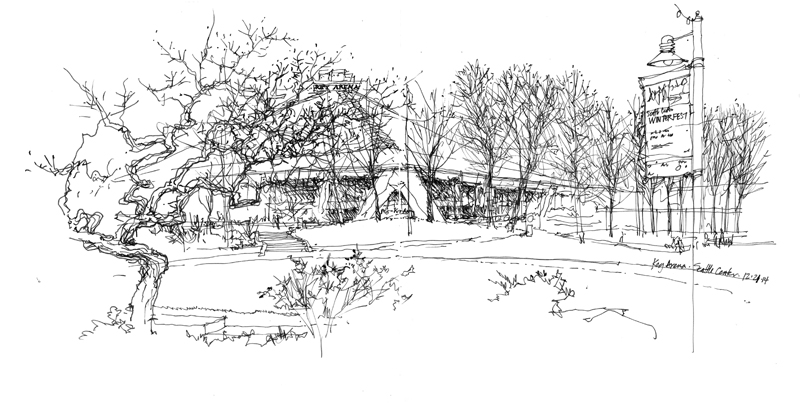