Having been given a Palomino Blackwing 602 pencil recently, I wanted to try it out. First produced in the 1930s by Eberhard Faber, the original Blackwing 602 had a firm feel yet the lead also had a softness similar to that of a 6B pencil. The 602 is said to have been favored by several prize-winning writers, musicians, and artists. The line was discontinued in 1998, but Palomino, a California Cedar Products Company with a long history in the pencil industry, re-introduced the Blackwing 602 in 2011 as well as a slightly softer version, which I used to sketch the Lenin Statue in Fremont. 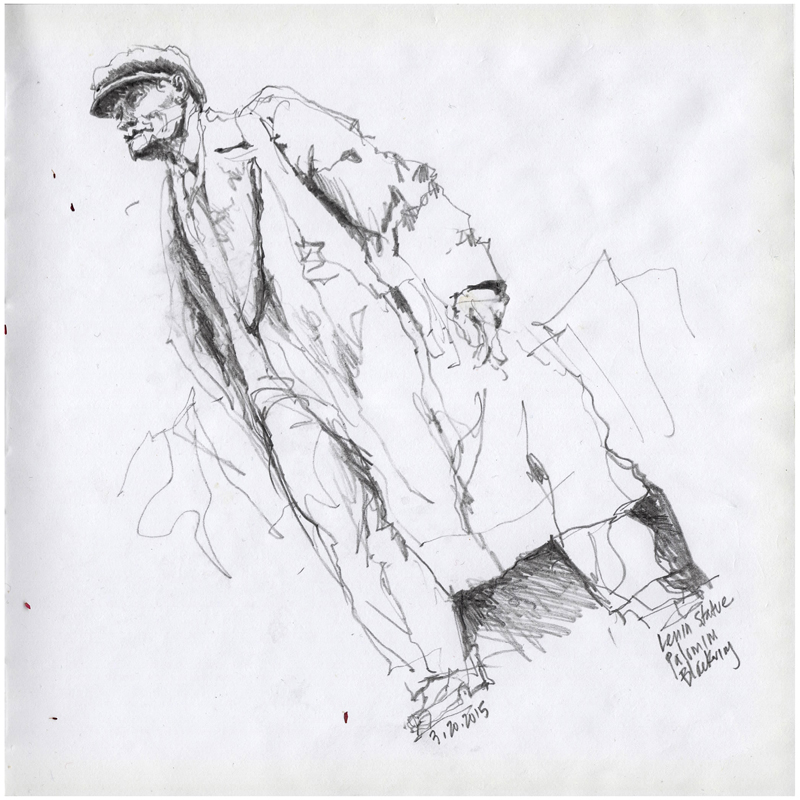 As we can see, graphite pencils are capable of a variety of lines and tones but lack the incisive quality of ink lines. As a light drizzle began to fall as I drew, I also discovered that graphite pencils are capable of drawing even on slightly damp paper. For comparison, I’m reposting an ink drawing of the same subject, which I had done back in 2011. 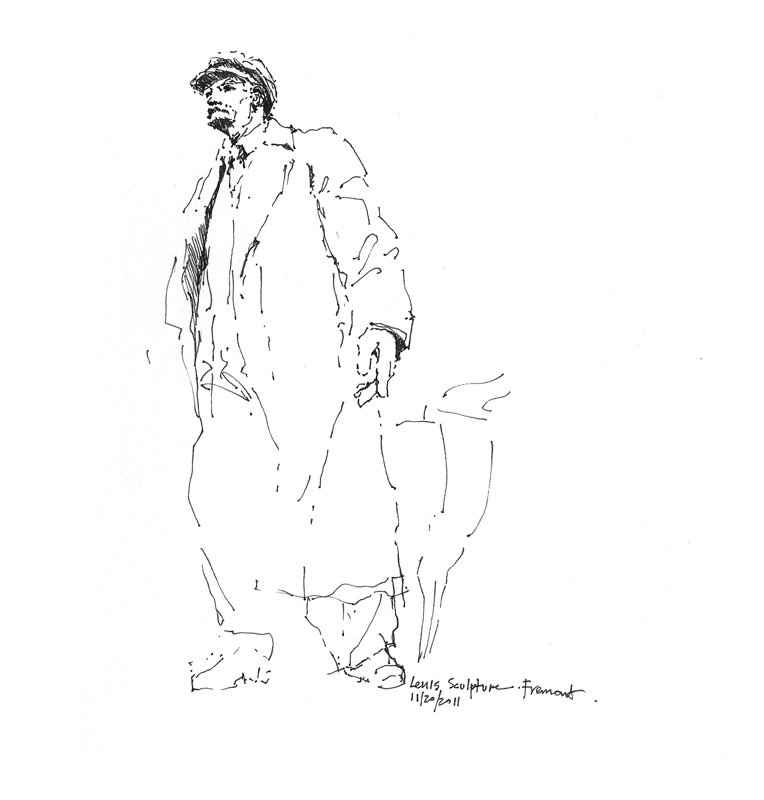 Pen-and-ink drawings, having only black lines at their disposal, tend to be more abstract and must use hatching, broken lines, and contrast to suggest the gray tones we think we see.