Although this structure was intended to serve as a hangar for military seaplanes, it wasn’t completed until 1918—too late to be of use to the navy. So in 1919, it became the shell house for the rowing crews of the University of Washington. If you read The Boys in the Boat by Daniel James Brown, you would know the story of how the rowing crew from the University of Washington—sons of loggers, farmers, and fishermen—defeated elite European teams and won the gold medal in eight-oar crew at the 1936 Olympic Games in Berlin. The shell house was designated a Seattle Landmark in 1974 and listed on the National Register of Historic Places in 1975. 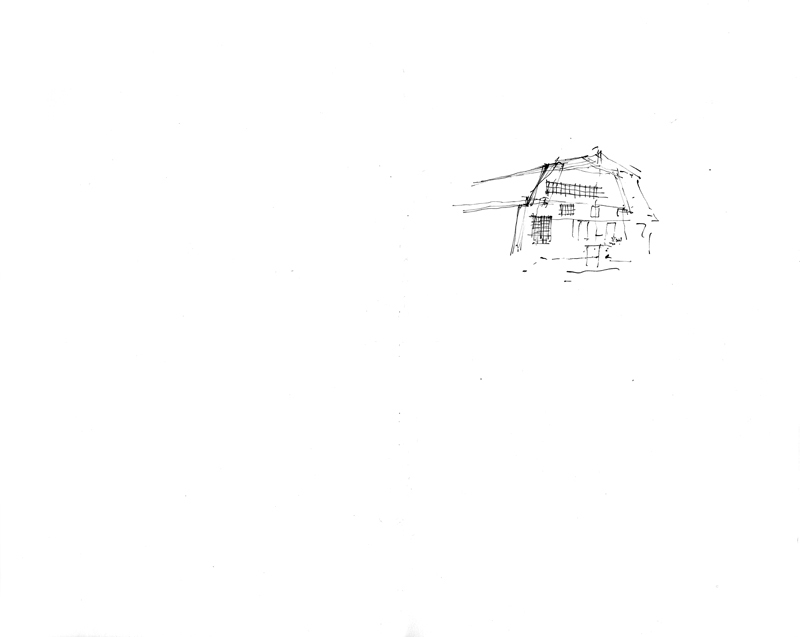 In sketching, we have good days and bad days. This day was not a good day for me. This spread shows my first attempt at trying to capture the scale and proportions of the shell house. Rather than continuing on and making adjustments, as I usually do, I simply turned the page to begin anew.