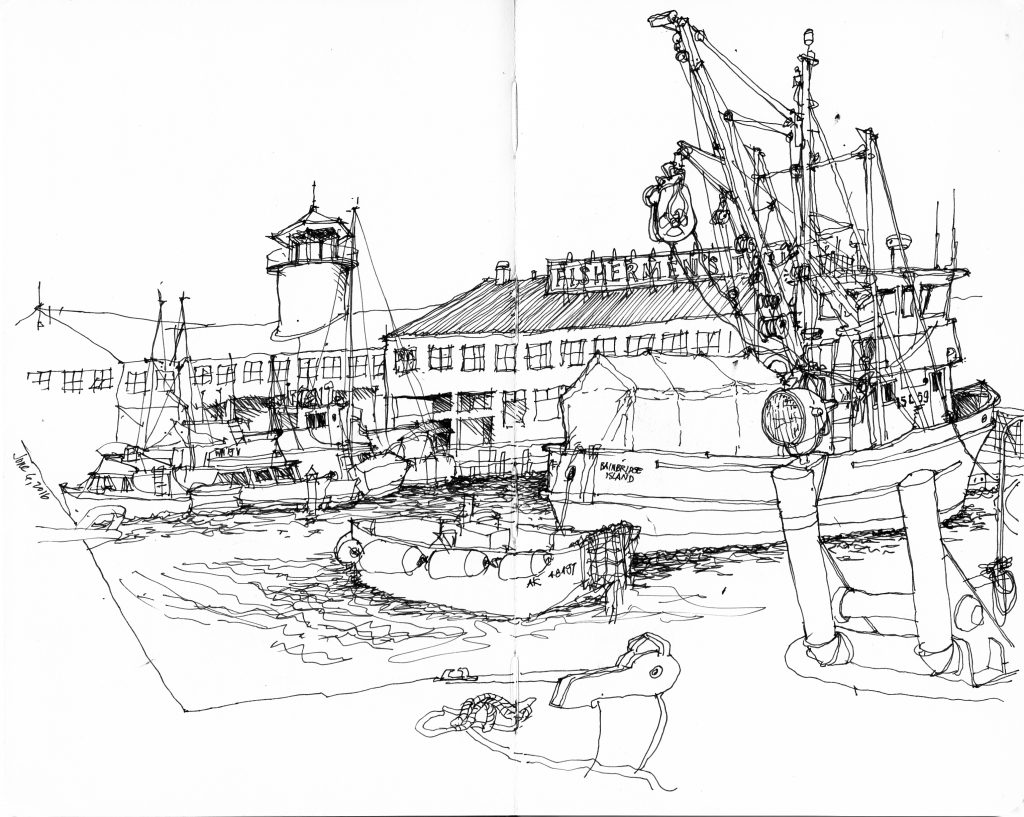 It was 7 years ago—in July 2009—that Gabi Campanario organized the very first meeting of the Seattle Urban Sketchers group at Fishermen’s Terminal, located off of Salmon Bay in north Seattle. Seattle might have been one of the first chapters of the Urban Sketchers movement that Gabi started in late 2008, but new chapters in other cities and regions are being created on a regular basis as the campaign for drawing on location is alive, well, and thriving.

Above is the drawing of Fishermen’s Terminal that I did this morning while below is a similar view that I did back in July 2009. 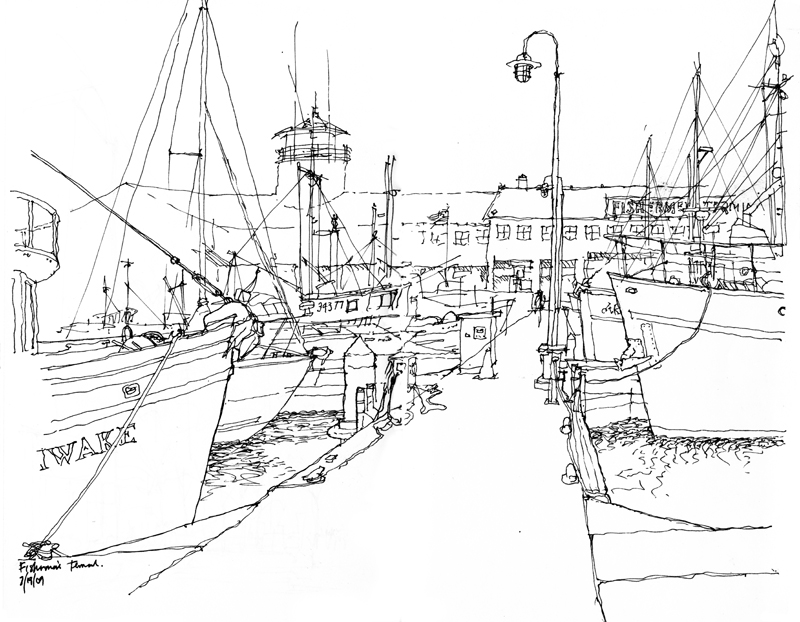