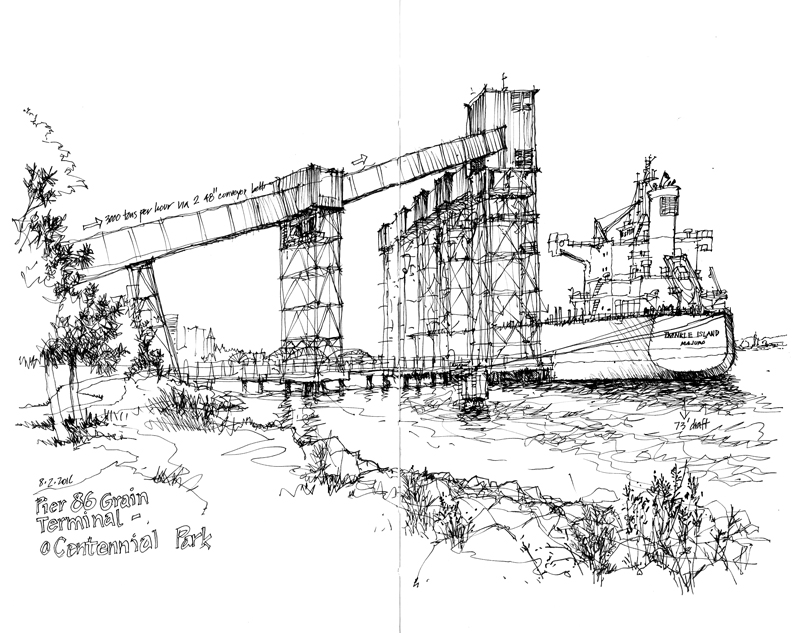 I missed the last meeting of the Seattle UrbanSketchers group at Centennial Park and so I ventured there myself to draw this view of the Pier 86 Grain Terminal. The Port of Seattle built this grain terminal in 1970 to replace the Hanford Street Terminal and satisfy the need for a larger facility as grain exports from the Northwest grew. A completely automated process moves grain from trucks and railroad cars to storage silos and from there, two 48-inch conveyor belts load the grain onto cargo ships at a maximum rate of 3000 tons per hour. The facility sits along and over the pedestrian and bike paths of Centennial Park on Elliott Bay and frames a view of downtown Seattle beyond. 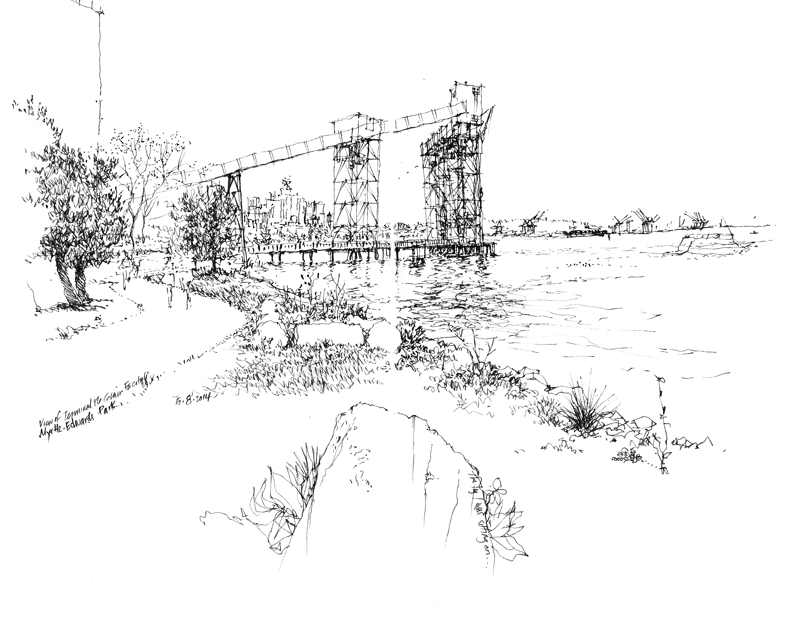 This is a similar view of the grain terminal from 2014.