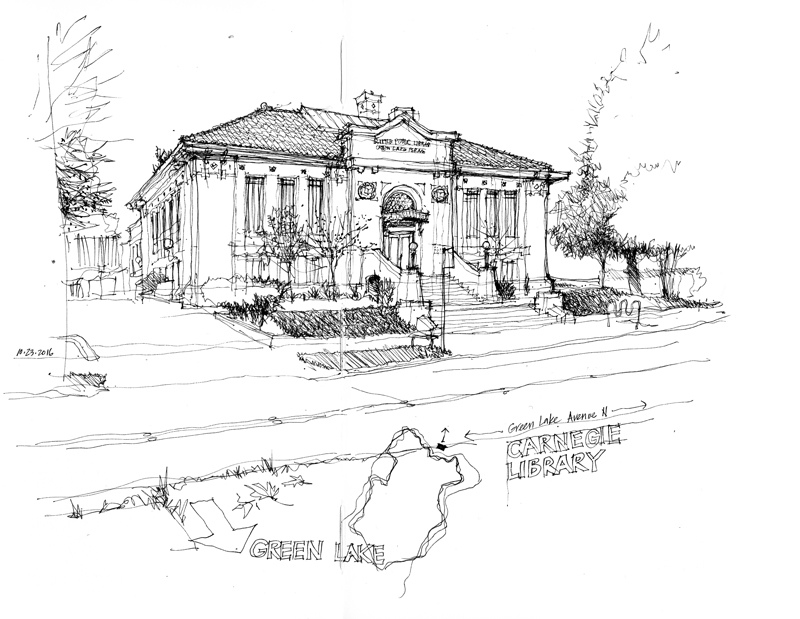 Eight Seattle libraries were part of the 2,509 public libraries that Andrew Carnegie had funded from 1880 to 1929, both in the U.S. and around the world. The Green Lake Branch Library is one of the original eight and also one of the six which are still functioning as libraries today.

Designed by W. Marbury Somervell and Joseph S. Coté and opening in 1910, the Green Lake branch shares a common floor plan with the University and West Seattle branches but the three have differently styled exteriors. It is listed on the National Register of Historic Places and is also a landmark building listed by Seattle’s Landmarks Preservation Board.

Below are views of the Ballard and Fremont branches, two of the Seattle Carnegie libraries that I had drawn previously. 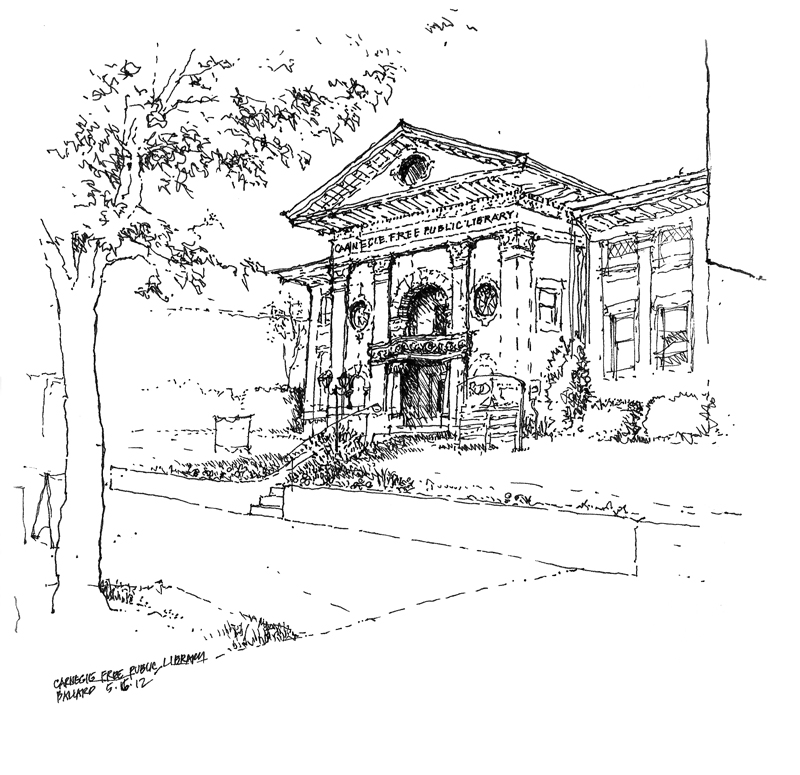 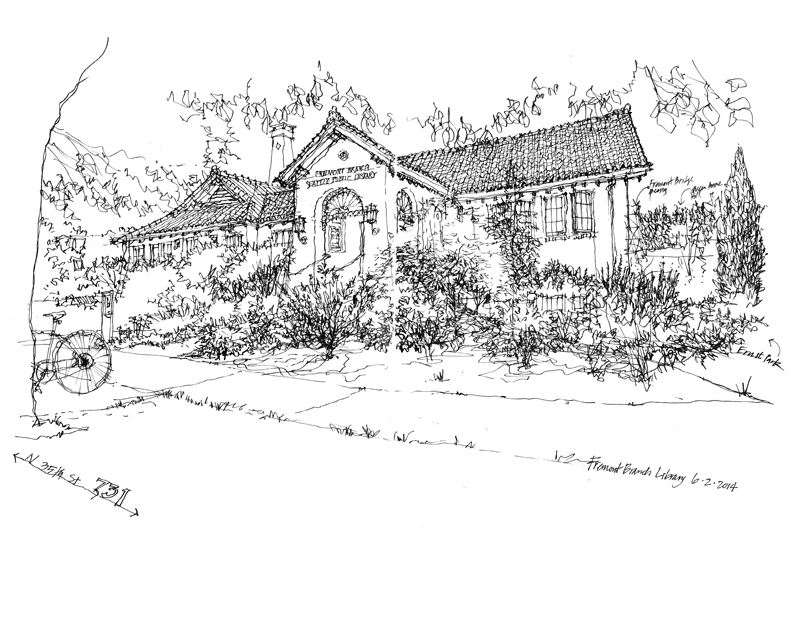