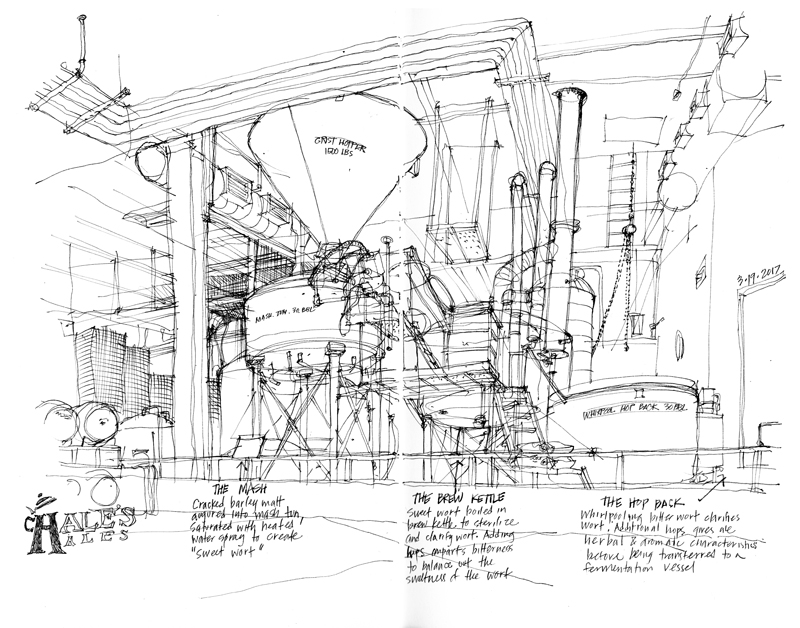 Mike Hale opened his first brewery in Colville, Washington, in 1983. Since that time, Hale’s has become the longest running, continuously owned, and independent craft brewery in the Pacific Northwest. This is a view of the brewing equipment in the Seattle brewery and pub, which opened in 1995 in the Frelard neighborhood between Fremont and Ballard. The notes below the sketch explain the brewing process as described on signs attached to the railing.

After the cracked barley malt is saturated with hot water sprays, the resulting sweet wort is boiled and clarified. Adding hops at this point imparts some bitterness to balance the sweetness of the wort. In the Hop Back, the wort is whirlpooled for greater clarity and more hops added to give the wort certain herbal and aromatic characteristics before being transferred to fermentation barrels.

As a point of comparison, below is another sketch of the brewing vats done six years ago. 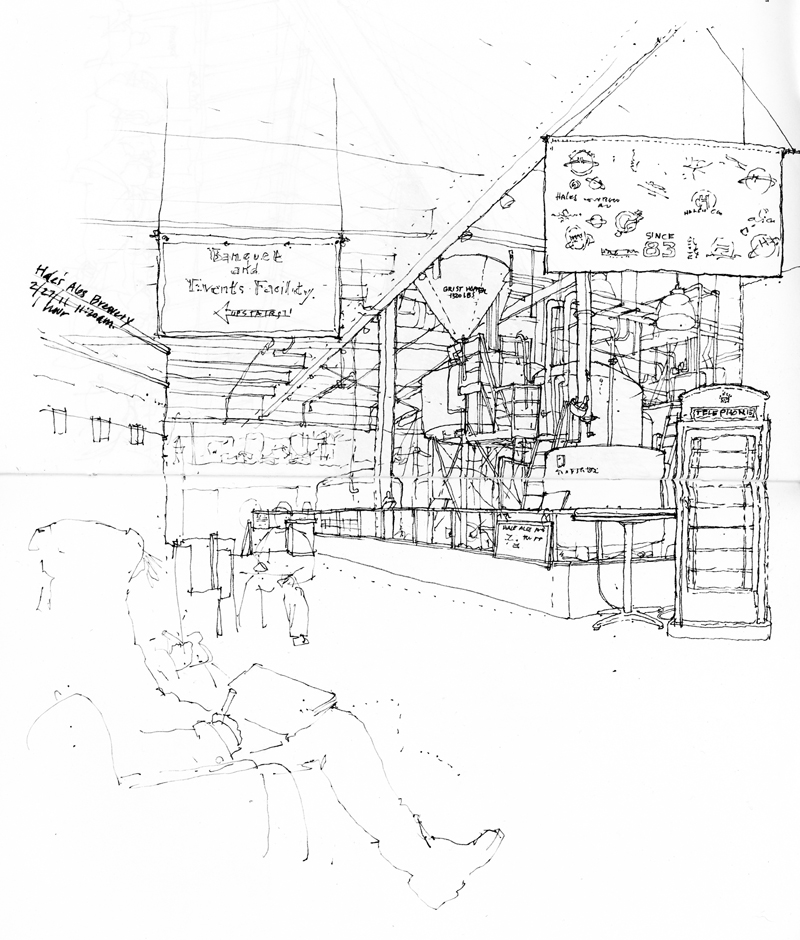