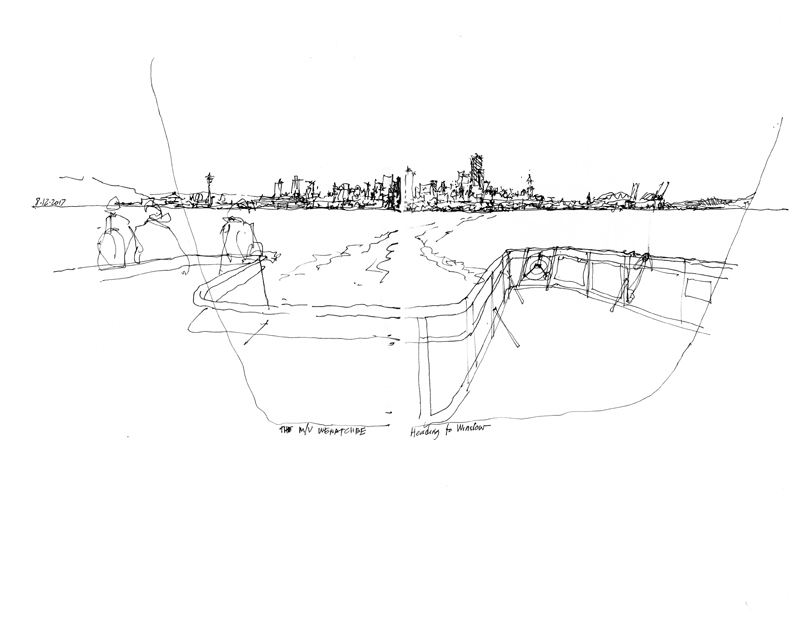 To make up for the unfortunate cancellation of the annual West Coast Sketch Crawl in Vancouver, BC, the Seattle Urban Sketchers scheduled a series of get-togethers the weekend of August 11–13. One of these was to the town of Winslow on Bainbridge Island. The first sketch above was a quick view of downtown Seattle from the ferry on its way to Bainbridge Island. 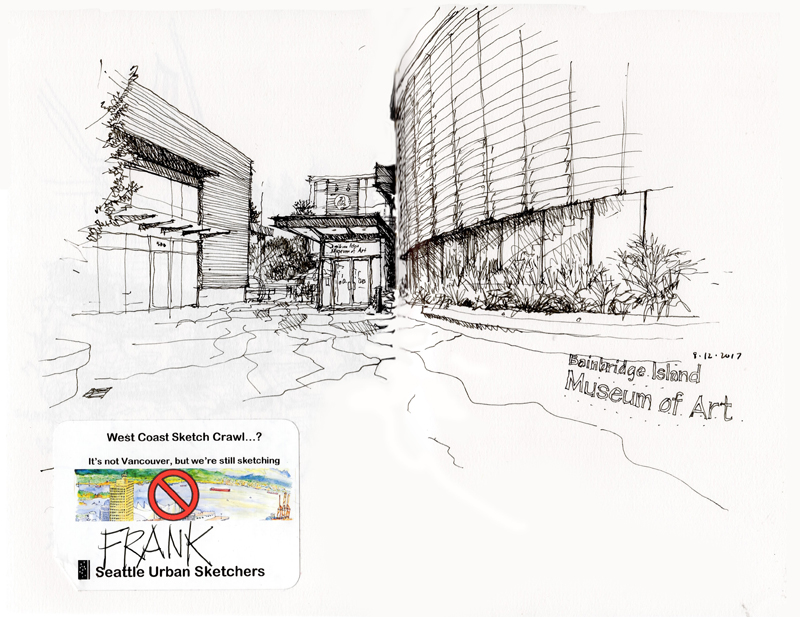 This is the Bainbridge Island Museum of Art, designed by Coates Besign Architects, which opened in 2013 as a welcoming sight as one leaves the ferry terminal for downtown Winslow. 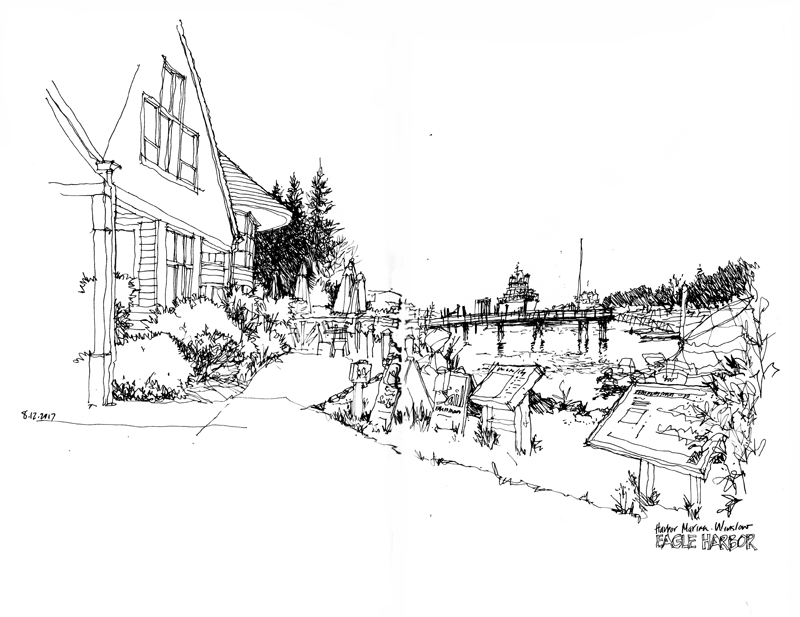 The final view is of Harbor Marina in Eagle Harbor, just west of downtown Winslow.