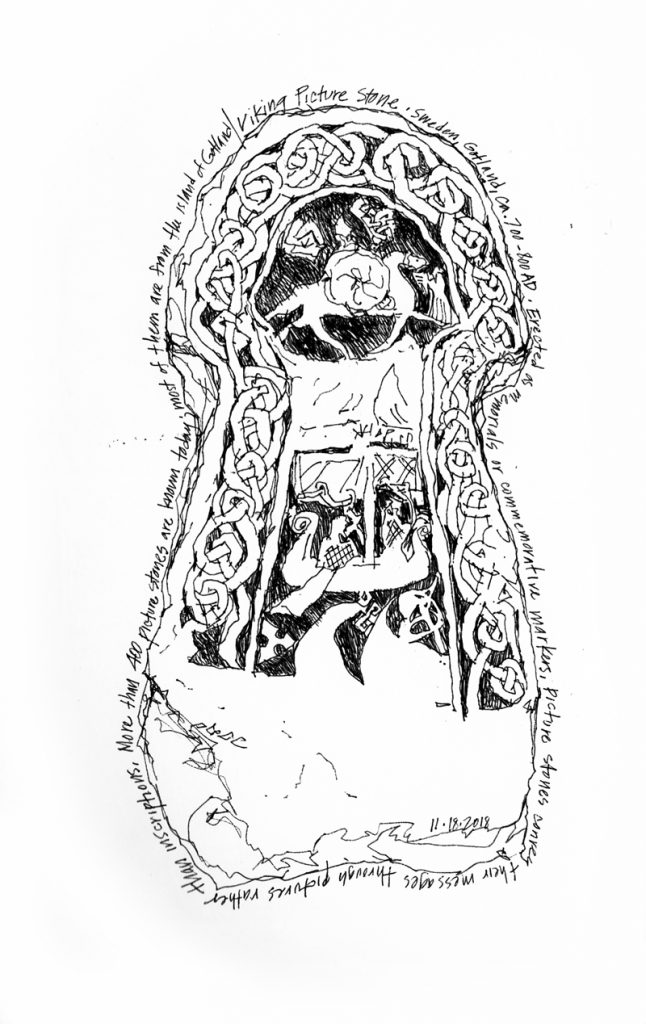 From the collection of the Nordic Museum in the Ballard neighborhood of Seattle is this Viking picture stone. The stone’s description reads: “Erected as memorials or commemorative markers, picture stones convey their messages through pictures rather than inscriptions. More than 400 picture stones are known today; most of them are from the island of Gotland in the Baltic Sea.”

I began the drawing by roughing in the stone’s outline and describing the hewn quality along its edges. Then I worked on the features typical of picture stones—a woman offering a drink to a Viking riding a horse, a ship with checkered sails, and symbols of interlocking triangles called valknuts—followed by the surrounding plaited pattern.