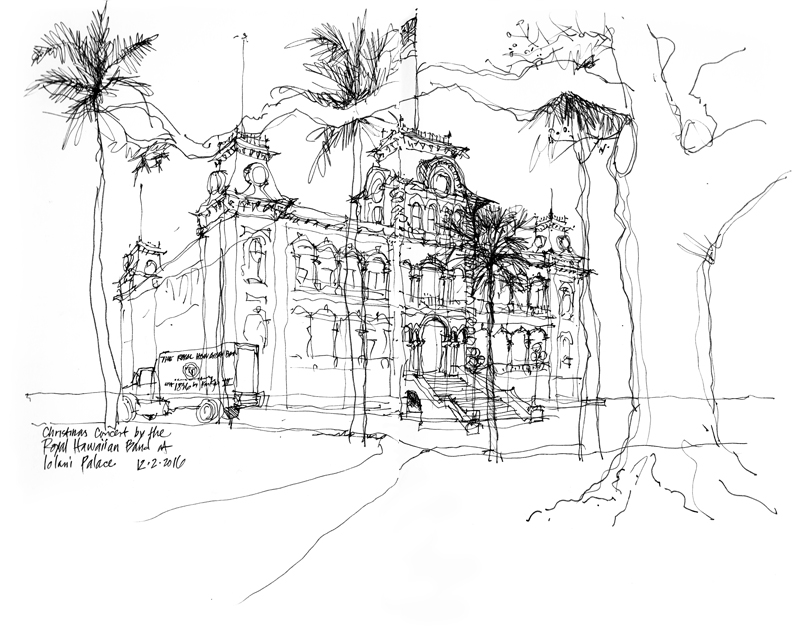 On this date 75 years ago, President Franklin D. Roosevelt signed the Magnuson Act into law. Proposed by then Washington State Representative Warren G. Magnuson, the act basically repealed the Chinese Exclusion Act of 1882, permitted limited Chinese immigration, and allowed some Chinese immigrants already residing in the U.S. to become naturalized citizens. But the act still banned ethnic Chinese from owning property and businesses. 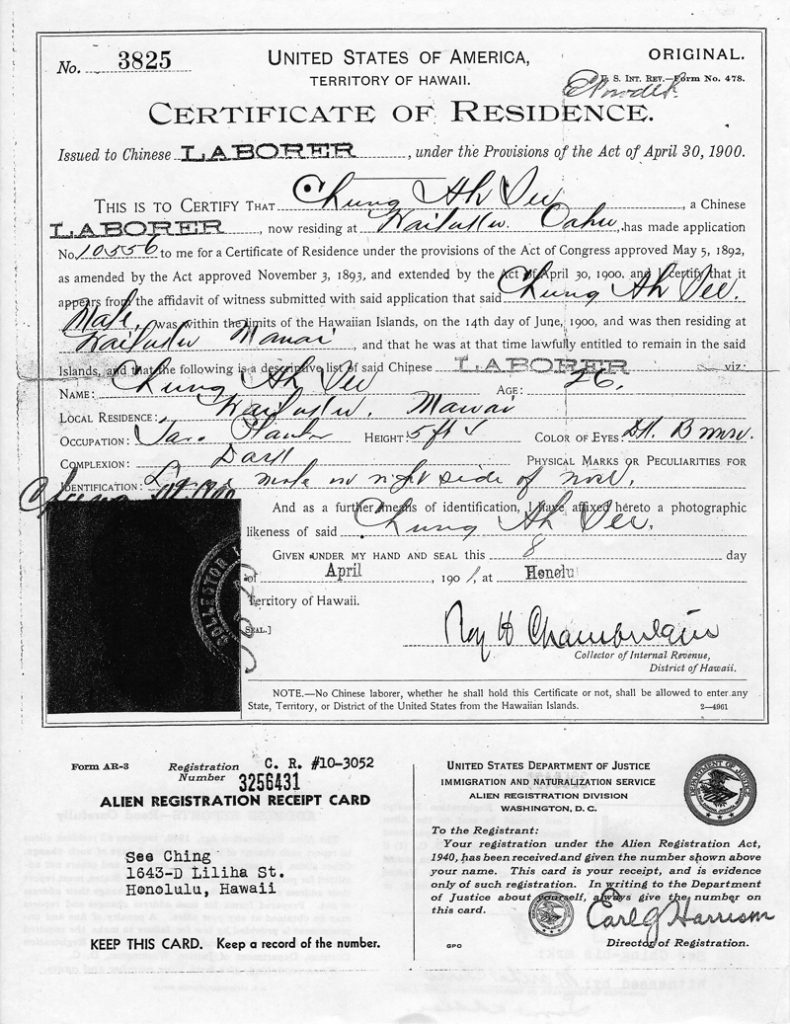 This reminds me of my own grandparents on my father’s side, who immigrated to Hawaii as laborers. Above is a copy of my grandfather’s Certificate of Residence, signed in April 1901. There are a few things to note: First is the misspelling of my grandfather’s surname. Second is that this document was required by the provisions of the Act of April 30, 1900. This was the so-called Organic Act, which provided a government for the Territory of Hawaii, after the overthrow of the Hawaiian monarchy by mostly U.S. business interests in 1893.

And third, notice that the registration card at the bottom was required by the Alien Registration Act of 1940. While the primary intent of this act was to make it illegal for any resident or citizen in the United States to teach or advocate the overthrow of the government, it also forced non-citizens, such as my grandparents, to register so that the government would be better able to track them and their possibly un-American ideas or activities.

We can sometimes forget how complicated our cultural and political history has been.