It’s now been twelve years since they stopped making beer at 3100 Airport Way South, the former home of Rainier Beer. 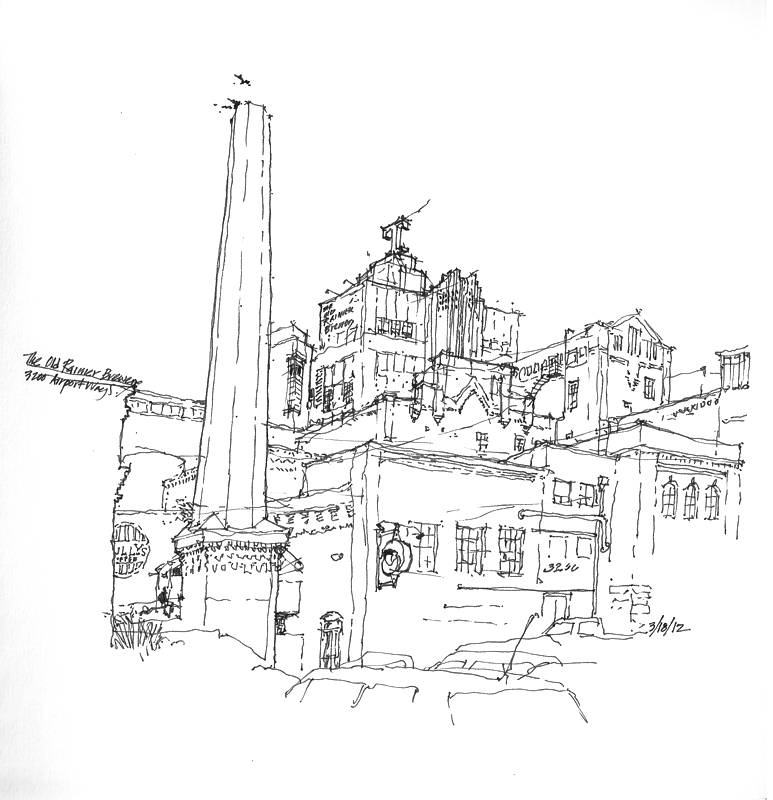 The brewing of beer in Seattle dates back to 1884, when Edward Sweeney established the Claussen-Sweeney Brewing Company in the Georgetown neighborhood of Seattle. After a series of mergers, Seattle Brewing and Malting Company emerged in 1893 and launched the Rainier brand of lager beer. The company ceased operations during the prohibition years and temporarily moved to San Francisco. After prohibition was repealed in 1933, however, the brewery re-emerged as the Rainier Brewing Company and relocated to this complex alongside the I-5 corridor south of downtown Seattle.

The iconic red neon R that used to stand atop the brewery is now in Seattle’s Museum of History and Industry, replaced by the green T when Tully’s was using the plant to roast coffee. The plant is now home to Tully’s headquarters, Bartholomew Winery, Red Soul Motorcycle Fabrications, a recording studio, and a number of artist lofts.