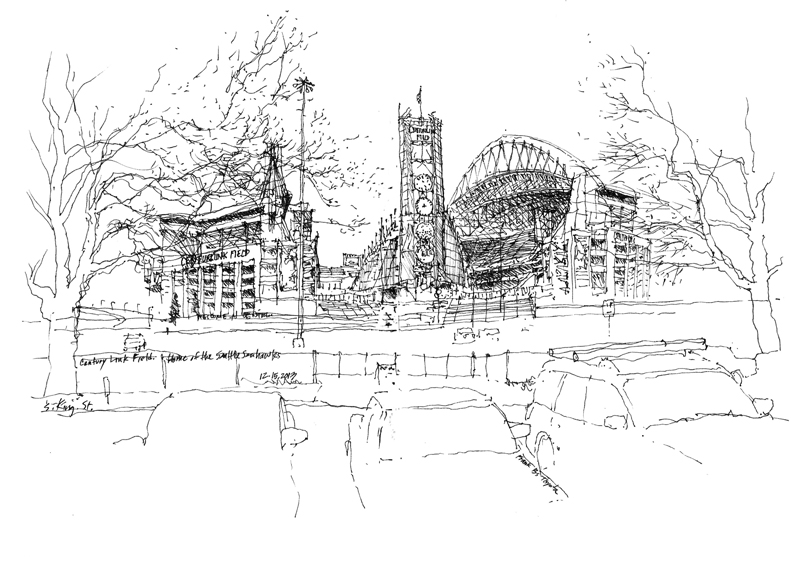 On Sunday morning, as the Seattle Seahawks were overpowering the New York Giants at MetLife Stadium in the Meadowlands of New Jersey, the Seattle UrbanSketchers group was meeting at King Street Station for its monthly sketching session. Not finding the newly renovated and beautiful interior of the main waiting room in the station to be of sufficient interest, I wandered outside for this view of CenturyLink Field, home of the Seattle Seahawks and the Seattle Sounders FC. Designed by Ellerbe Becket in association with LMN Architects and built between 2000 and 2002, the stadium is home to the loudest crowd roar at an outdoor stadium, 137.5 dB, set during a Monday Night Football game against the New Orleans Saints on December 2, 2013.