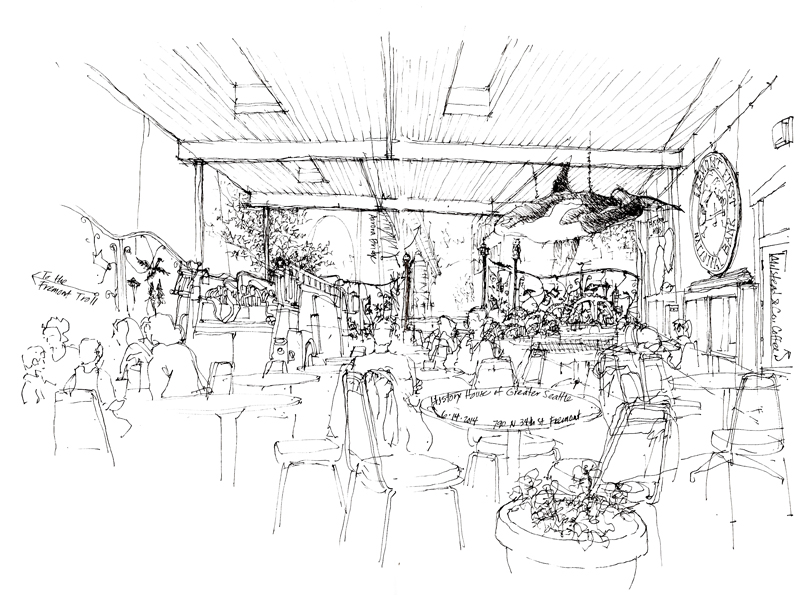 Another in a series of Fremont scenes. This is a view from under the canopy of the History House of Greater Seattle at 790 North 34th Street in Fremont, just under and to the west of the Aurora Bridge. Suzie Burke founded the museum in 1998 to celebrate the history, heritage, and art of Seattle’s diverse neighborhoods. Because its motto is “giving every neighborhood a place to tell its story,” the museum allows the residents themselves rather than a curator to define the history and evolution of the neighborhood being featured.