After replacing my bus pass at the King County Metro Center in Pioneer Square last week, I began walking back to Westlake Park, where I had intended to sketch. But along the way, I discovered this pocket park at the corner of 2nd Avenue South and South Main that I had not seen before even though it’s been there for 36 years! This is one of the advantages of walking, discovering places that we often drive by without noticing. 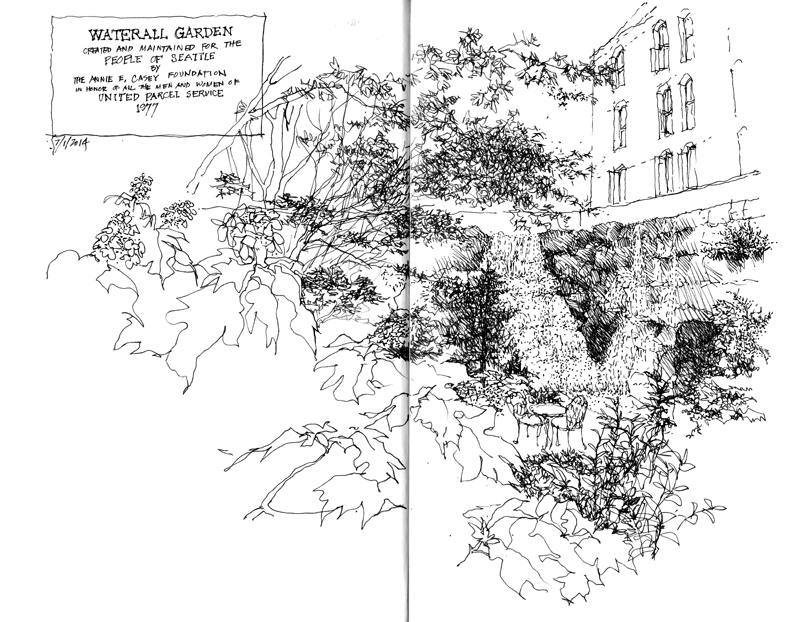 This urban oasis is a great place to sit for a while, isolated from the street noise by the cascading sounds of the 22-foot waterfall. The park was designed by Masao Kinoshita of Sasaki Associates and built by the Annie E. Casey Foundation in 1978. Jim Casey was one of the founders of United Parcel Service, which was originally formed as American Messenger Service in a saloon at this site.

Water is a difficult subject to draw because it is the color of the paper. We therefore have to draw everything but the water and carefully try to suggest its flow and movement.