Here is a quick sketch of a statue of Lief Erickson at Shilshole Bay Marina, overlooking Puget Sound. The bronze sculpture was given by the Lief Erickson League to the Seattle World’s Fair in 1962 and installed at the marina when it opened that same year. 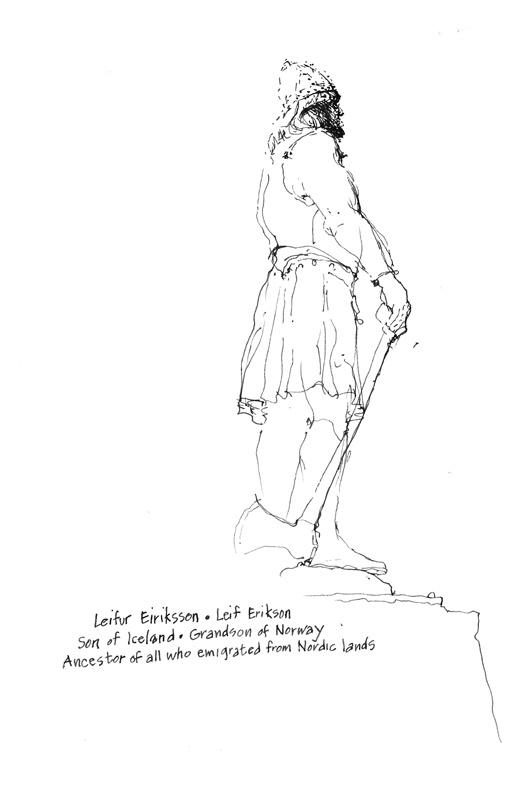 The words are from a plaque on the statue’s base and refers to Lief Erickson’s assumed birthplace of Iceland. The famous Norse explorer (ca. 970–1020) is believed to have been the first European to reach North America five centuries before Christopher Columbus. To commemorate the legacy of Scandinavian immigrants who settled in Ballard, surrounding the statue (but not drawn) are stones containing names of local immigrant families, the year they arrived, and their community of origin.

Off to Brazil tomorrow for the Urban Sketching Symposium in Paraty