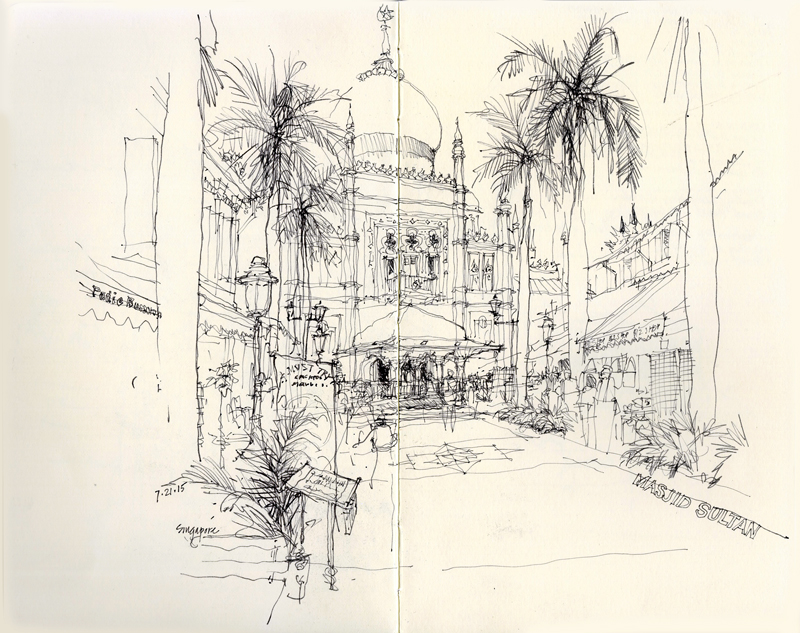 The first day in Singapore, I wandered over to the Kampong Glam neighborhood of Singapore to sketch the Masjid Sultan (Sultan Mosque). Constructed in 1824 as a one-story structure for Sultan Hussein Shah, the first sultan of Singapore, the mosque was remodeled and enlarged in 1932 to its present form. Relative to the surrounding street grid, the mosque was skewed, perhaps to orient the mihrab to Mecca. It was important for me to capture this subtle shift as I drew this view looking down the pedestrian way of Bussorah Street. 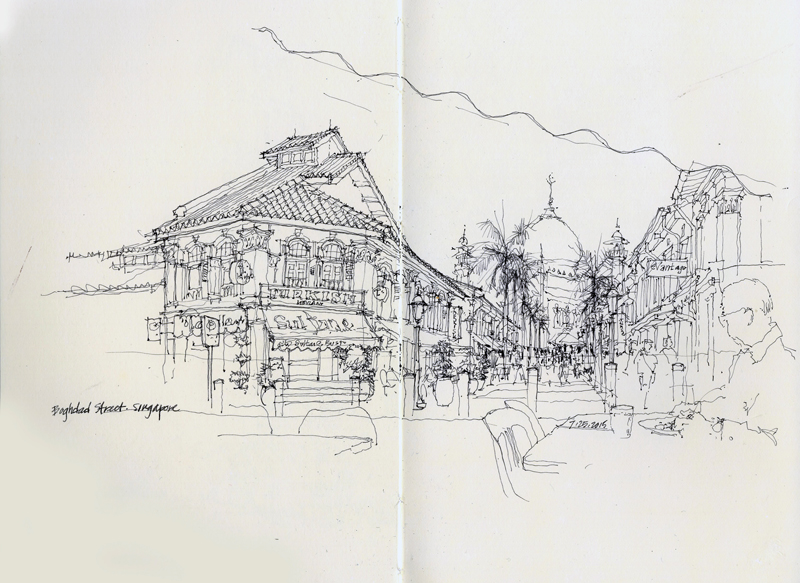 A few days later, I again visited the area hoping to draw one of the side streets. Instead, I chose to enjoy a refreshing iced coffee at an outdoor cafe with a view both of the Masjid Sultan as well as some the shops along Baghdad Street.