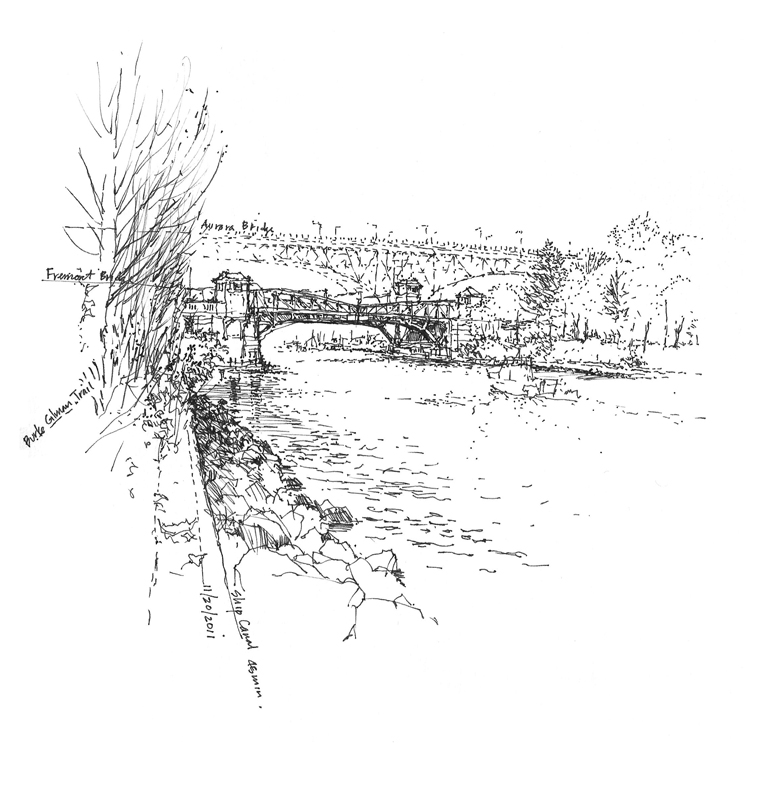 The Fremont Bridge opened in 1917 and continues to open about 30 times a day for boat traffic traversing the Ship Canal connecting Lake Union to the Puget Sound. In 1982 it was listed in the National Register of Historic Places along with the higher George Washington Memorial Bridge seen in the background. More commonly known as the Aurora Bridge, the steel cantilever-and-truss bridge carries State Route 99 across the west end of Lake Union. 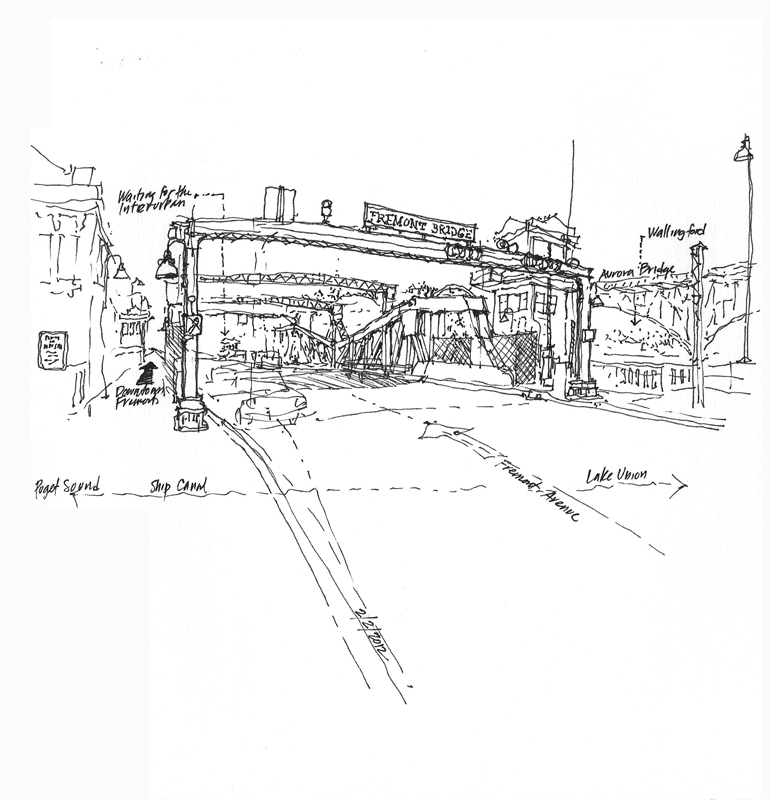 This view is of the bridge as it serves as the south gateway to Fremont. The drawbridge is called a double-leaf bascule because it uses counterweights to continuously balance the two spans as they swing upward to provide clearance for the traffic passing beneath it. 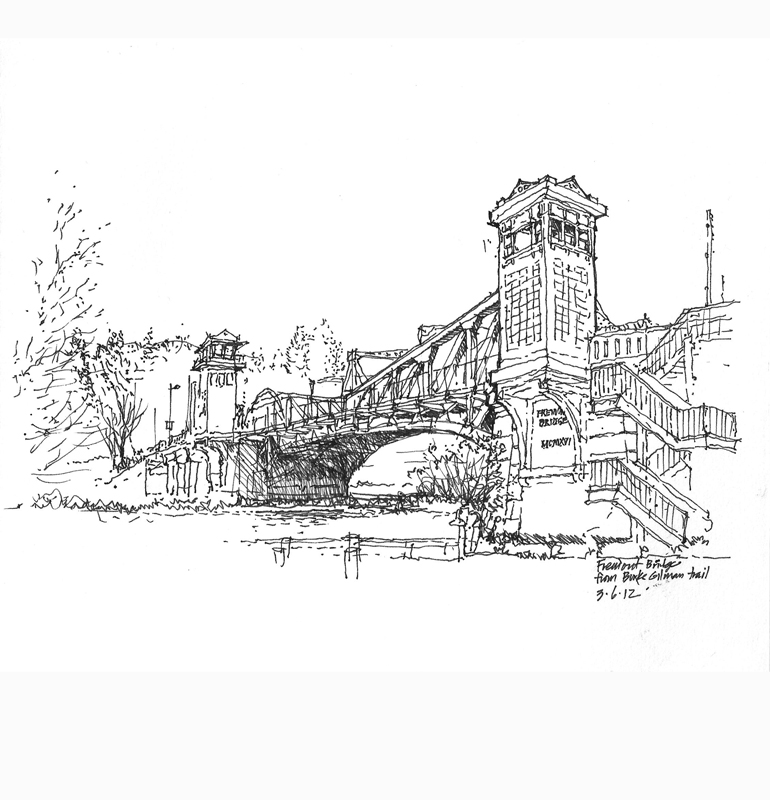 Finally, we see the bridge from the Burke-Gilman Trail that passes beneath it on the north side of the Ship Canal. These three views remind us to evaluate our three-dimensional environments, especially the buildings and other artifacts of a city’s infrastructure, from different points of view.