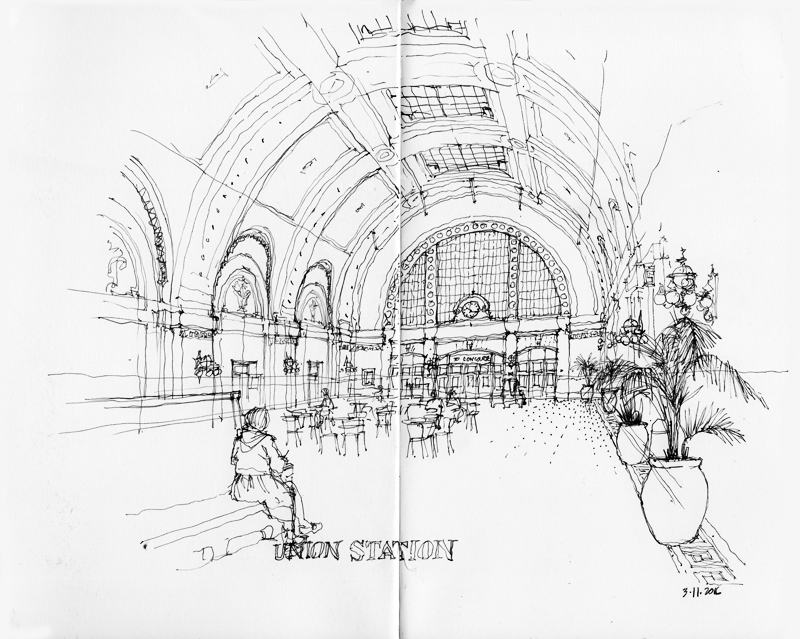 Union Station opened in 1911 to serve the Union Pacific Railroad and the Milwaukee Road, just across from the King Street Station, which opened five years earlier to serve the Great Northern and Northern Pacific railways. It was originally named the Oregon and Washington Station after the Oregon-Washington Railroad Company that built it. The Milwaukee Road pulled out of the northwest market in 1961 and Union Pacific ceased its passenger service to Union Station ten years later. After 30 years of vacant dormancy, Paul Allen helped fund a renovation that resulted in Union Station winning the 2000 National Historic Preservation Award. The station now serves as the headquarters of Sound Transit, the commuter rail agency serving the Puget Sound region. This grand hall, featuring a vaulted ceiling that rises 55 feet, can be rented out to the public for special events.