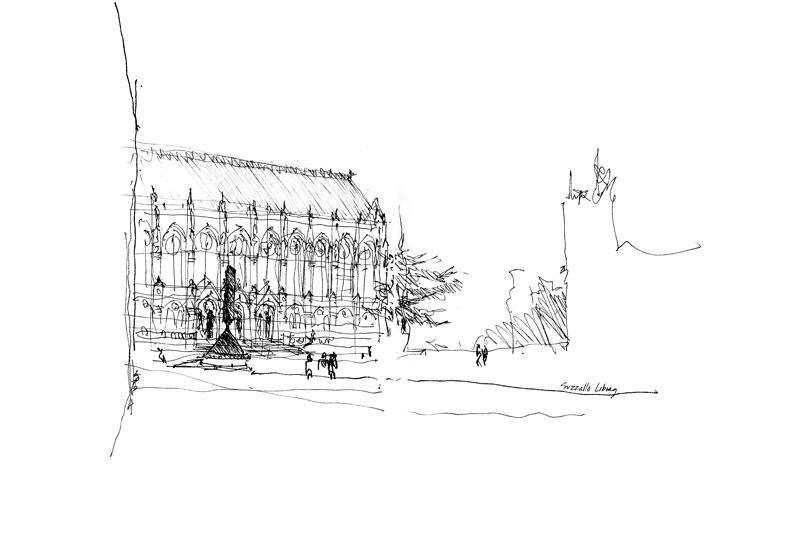 The University of Washington’s Suzzallo Library is a classic Collegiate Gothic structure designed by Seattle architects Carl F. Gould, Sr. and Charles H. Bebb in 1923; the most recognizable first phase was completed in 1926. It was named after Henry Suzzallo, a former president of the UW, and is recognized as “one of the coolest college libraries in the country.” Even after having drawn there a number of times, I still find views, particularly of the interior, that attract me with their spatial qualities and intricate detailing. 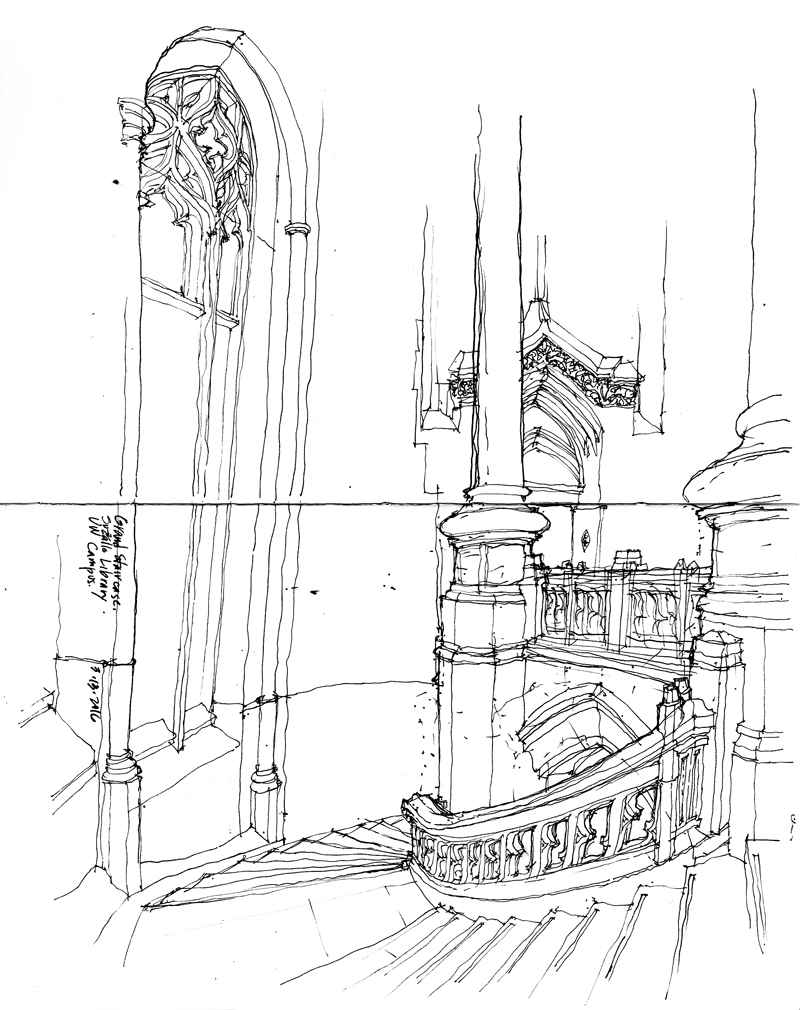 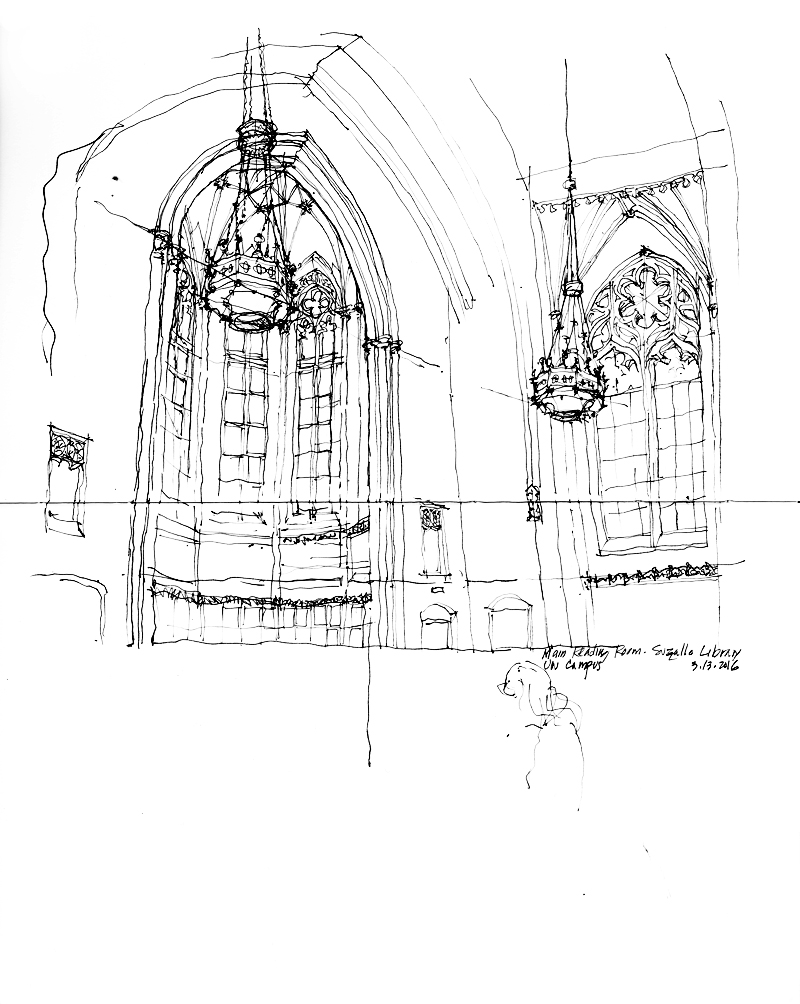