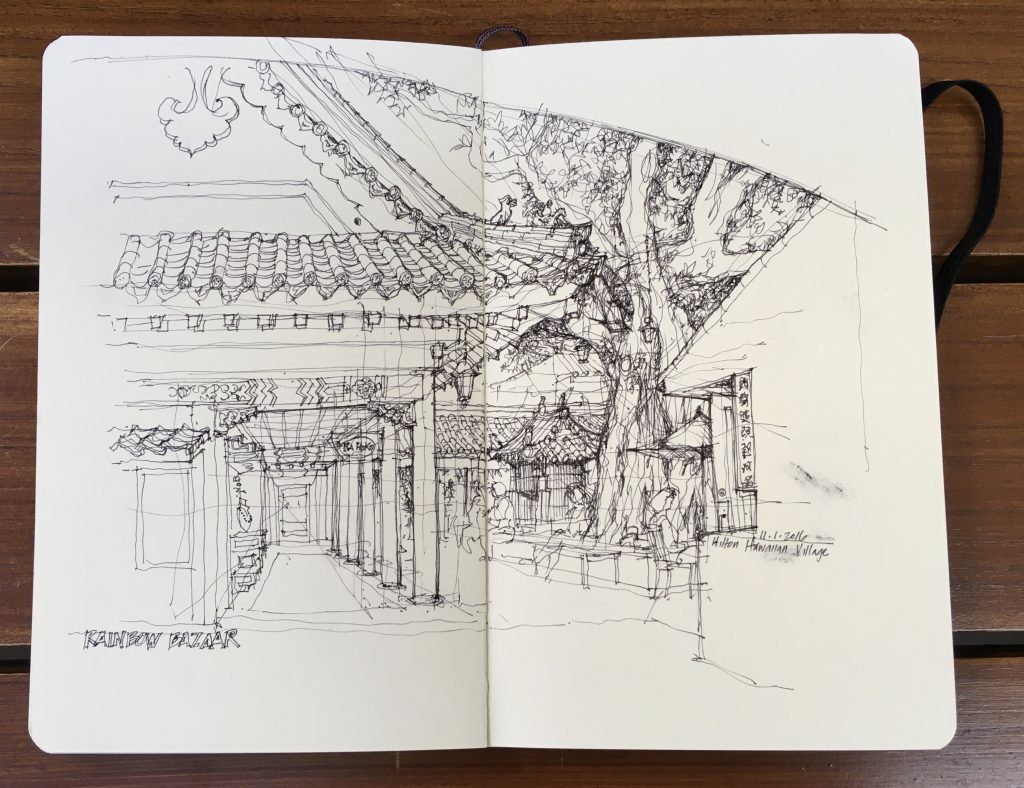 This is a view of a courtyard in the Rainbow Bazaar in the Hilton Hawaiian Village Hotel in Waikiki, dominated by a huge banyan tree. The resort hotel was originally conceived of and built by Fritz Burns and industrialist Henry Kaiser in 1955 on the site of the old Niumalu Hotel and eight oceanfront acres of the Ena Estate at the Ewa end of Waikiki. Over time, the hotel complex grew to 22 acres and was purchased by Conrad Hilton.

Growing up in Hawaii, my exposure to the world beyond Oahu’s shores was illuminated through books, movies, and TV shows. And so when the Rainbow Bazaar was created as part of the hotel complex in 1970, I was fascinated by the faux Asian environment, which included replicas of a Thai temple and a Japanese pagoda, as well as an entire Japanese farmhouse shipped from Japan. While some may criticize the appropriation of Asian culture to sell ethnic and tourist goods, for me walking through the Rainbow Bazaar even today is an opportunity to imagine and re-imagine visiting foreign places.