Here is a view of Plaza de Armas, also known as the Plaza de Independencia, in Querétaro. In the foreground is a fountain with a statue of Juan Antonio de Urrutia y Arana, who was responsible for the construction of a 4200-foot long aqueduct to bring water to the city from La Cañada in the early 18th century. He is looking toward the Palacio de la Corregidora, residence of Don Miguel Domínguez and his wife Josefa Ortiz de Domínguez, who is revered for her role in liberating Mexico from Spain. The palace is now the seat of the state government of Querétaro. 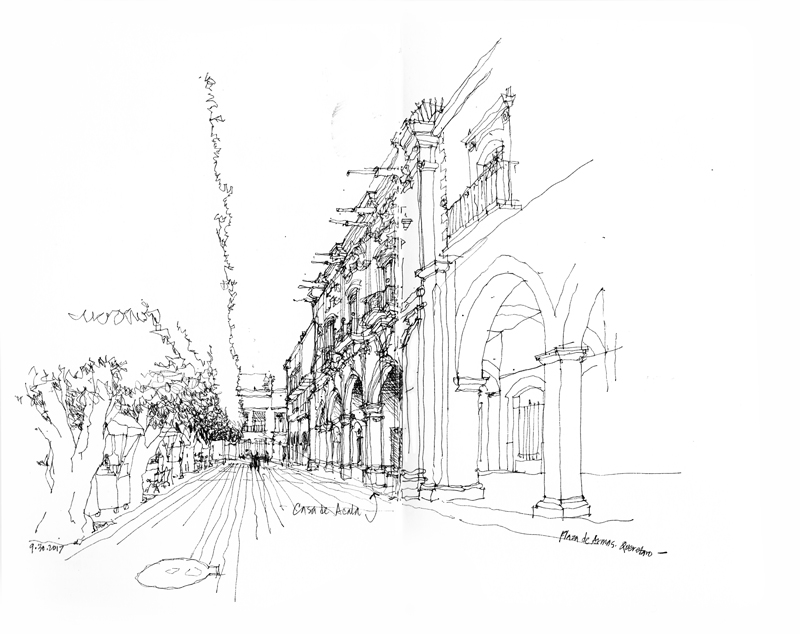 Along the west side of the plaza is this view corridor, with a carefully pruned mass of Indian laurel trees on the left and on the right, the Casa de Ecala, an 18th-century baroque mansion named after Tomás López de Ecala. The casa is now home of DIF (Desarrollo Integral de La Familia), a state agency offering social assistance to Mexican families.