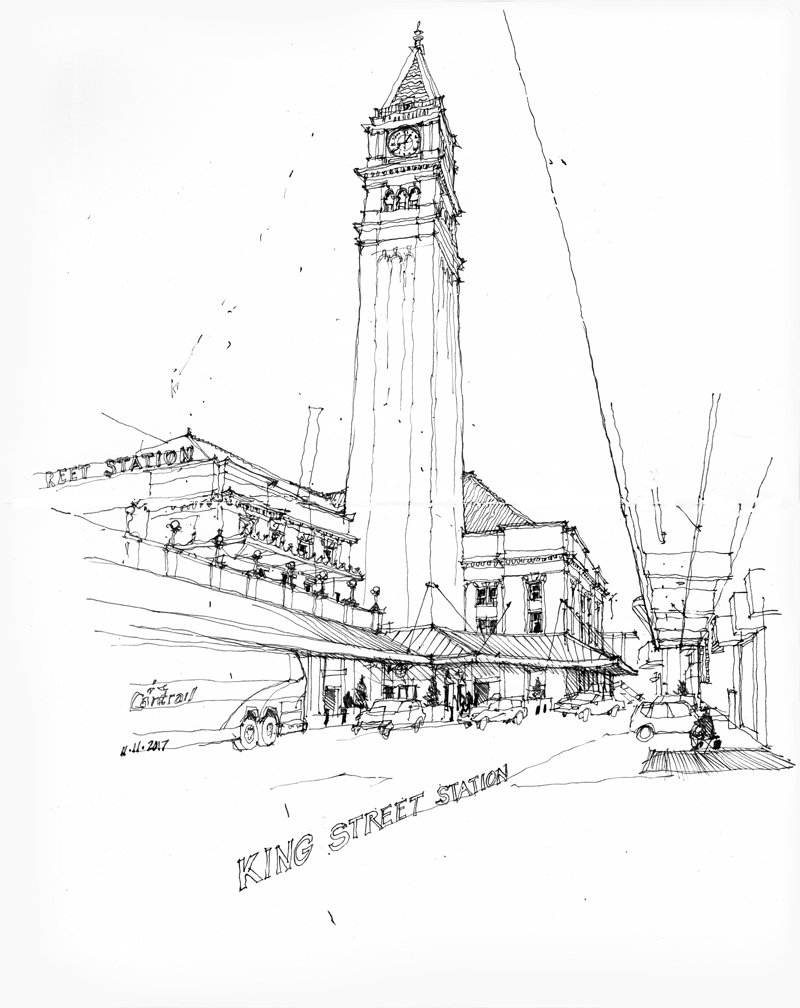 On Saturday, November 11, 2017, Seattle Urban Sketchers met at King Street Station to help mark the 10th anniversary of USk. USk chapters around the world, beginning in New Zealand and ending in Honolulu, participated in this Global 24-Hour Sketchwalk. 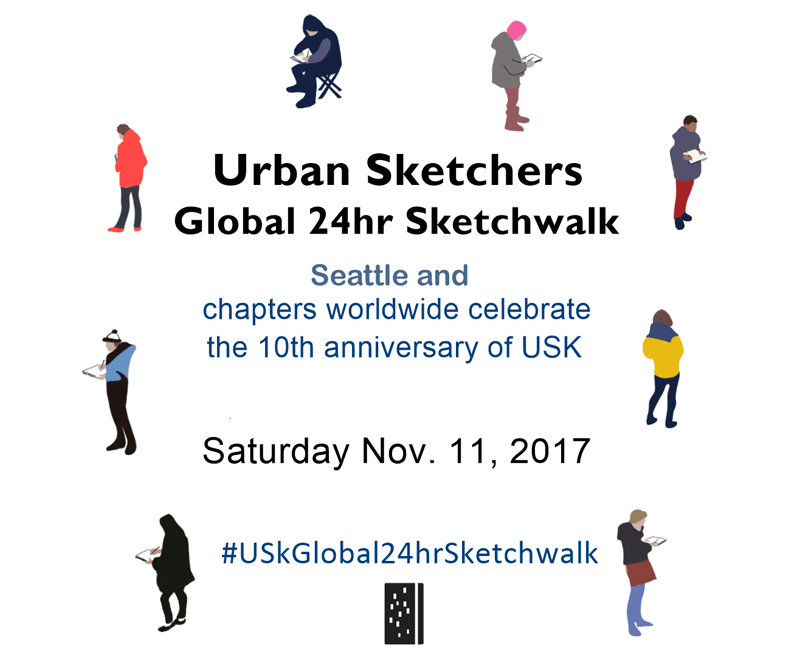 Completed in 1906 to serve both the Great Northern and Northern Pacific railways, King Street Station now serves Amtrak and the Sound Transit Sounder commuter trains. The Minnesota firm of Reed and Stem designed the station, which was listed in the National Register of Historic Places and the Washington Heritage Register in 1973. The tower featured in this sketch, with its height slightly exaggerated, was modeled after the Campanile in the Piazza San Marco in Venice.