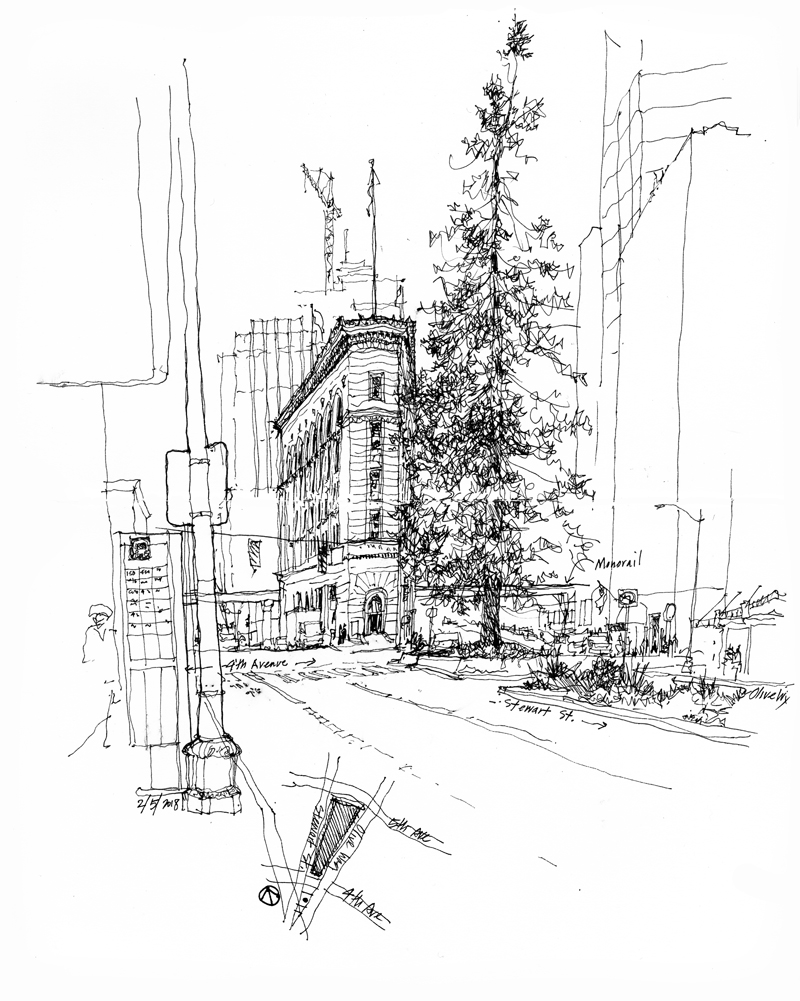 This iconic triangular-shaped building, situated between 4th and 5th Avenues where Olive Way splits off of Stewart Street, was designed by Bebb & Gould and completed in 1915 for the editorial offices of the Seattle Times newspaper, which occupied its seven stories until 1930. It was added to the National Register of Historic Places in 1983 and designated as a city landmark in September 1984.

Below are views of buildings that also occupy acutely angled sites in various locations and at different scales. 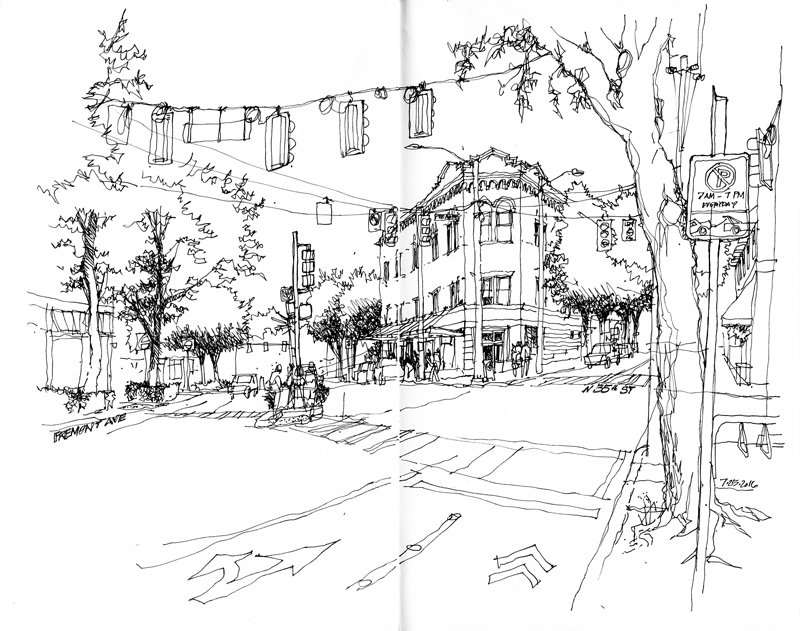 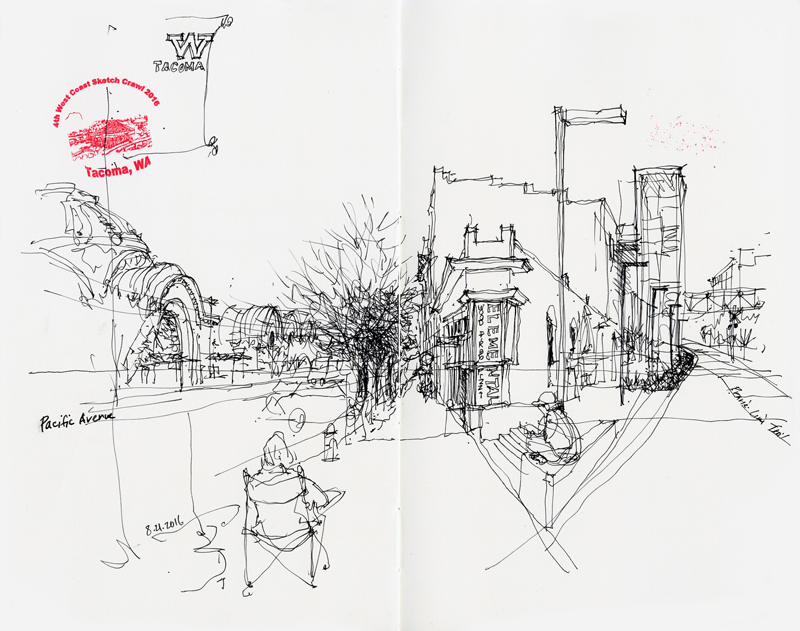 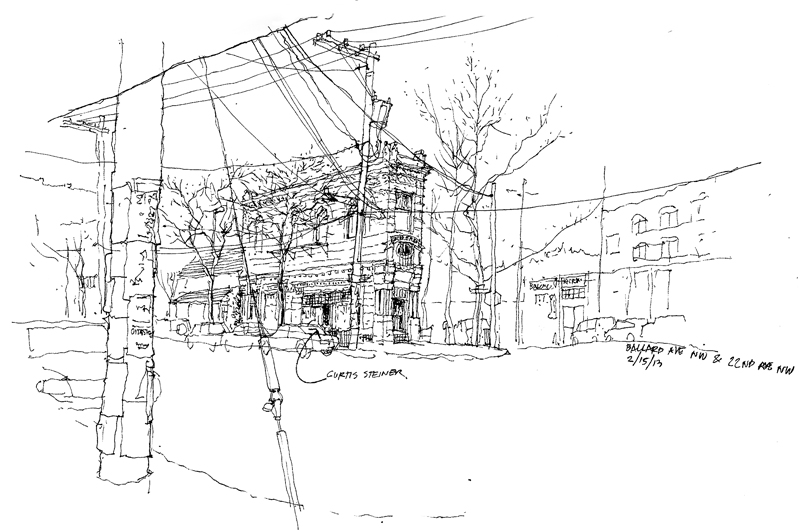 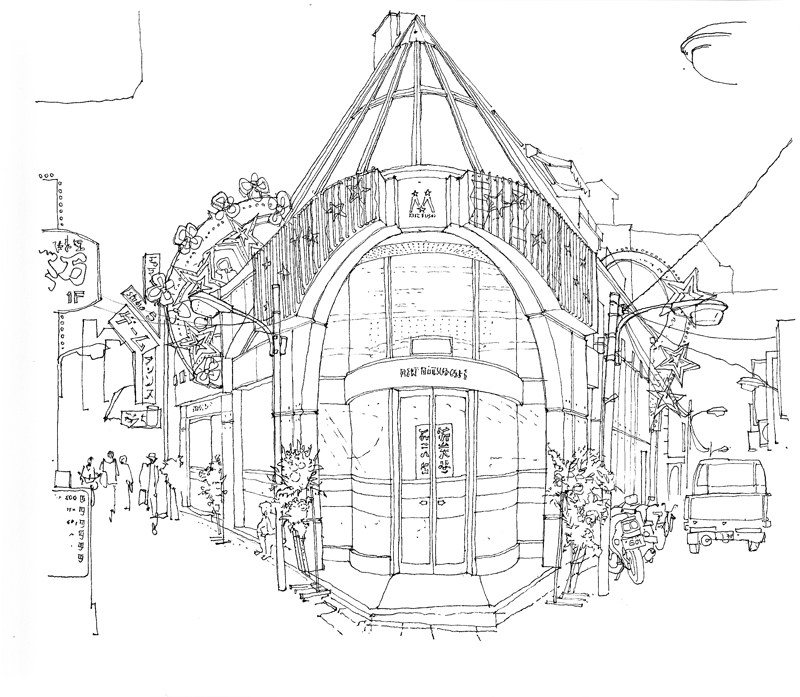