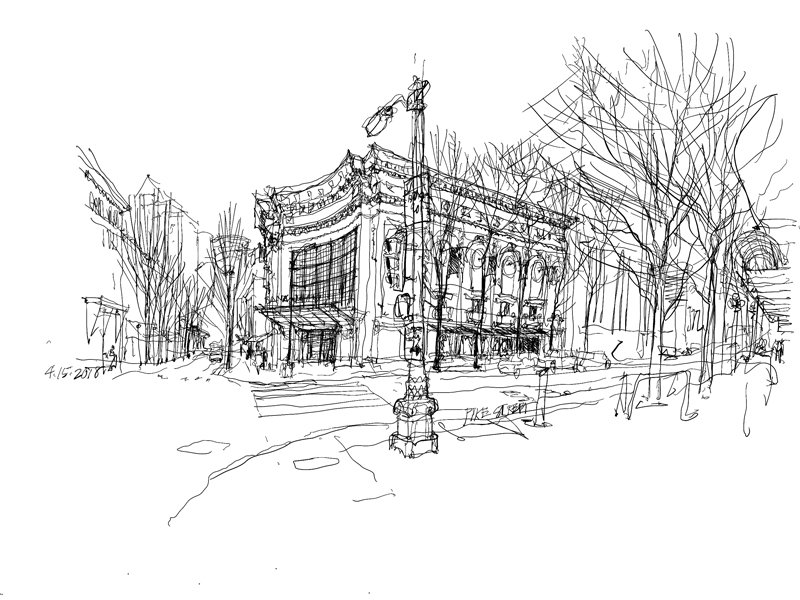 The Coliseum was the first theater in Seattle built specifically to show motion pictures. Designed by B. Marcus Priteca, it opened on January 8, 1916, at the start of the silent-film era, with a showing of The Cheat, starring Fannie Ward and Sessue Hayakawa. An advertisement at the time called the theater “the world’s largest and finest photoplay palace.” It is just one of a series of vaudeville and motion picture theaters Priteca designed for the Alexander Pantages chain.

The Colesium continued operating as a movie theater until 1990. It sat idle until 1995, when Banana Republic transformed it into a clothing store. It is listed on the National Register of Historic Places and is also a City of Seattle Landmark.

Below is a short video clip of my drawing the view using the Procreate app on my iPad.