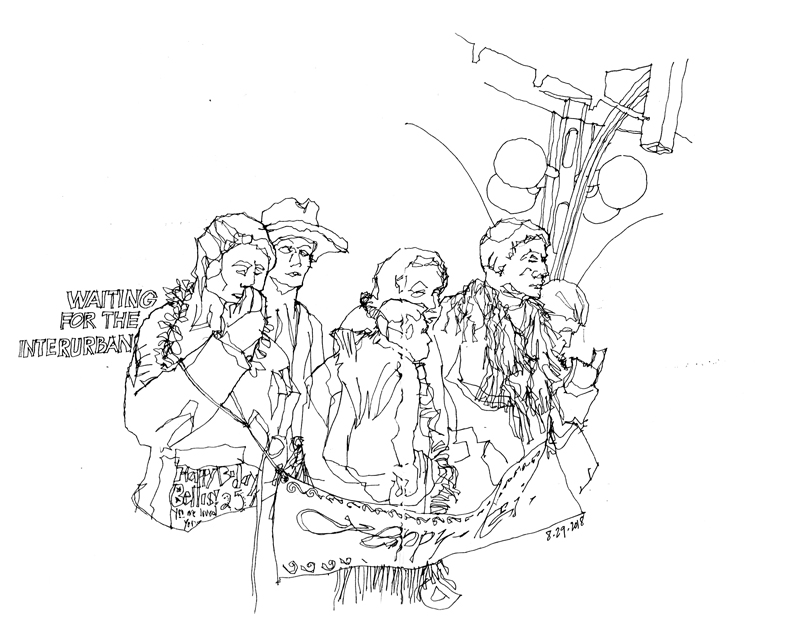 This cast-aluminum sculpture by Richard Beyer is another Fremont landmark at the corner of North 34th Street and Fremont Avenue North, at the east end of the Fremont Bridge. Erected in 1978, it depicts five people waiting for the Seattle-Everett light rail line. Not shown in this view but included among the figures is a sixth (shown below), that of a dog with a face that resembles Armen “Napoleon” Stepanian, the unofficial Mayor of Fremont in her early days and with whom Beyer is supposed to have had several disagreements. The figures are often dressed by local residents in costumes appropriate to the season or to celebrate birthdays, weddings, even political events. 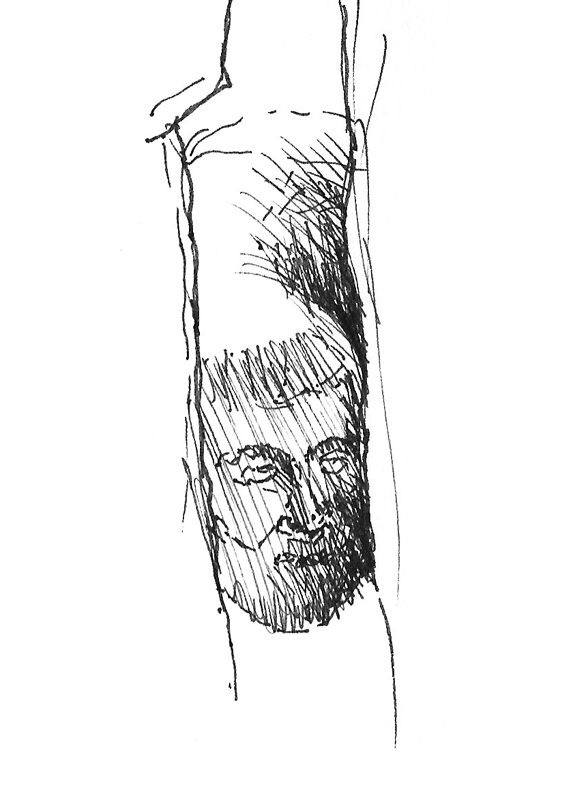