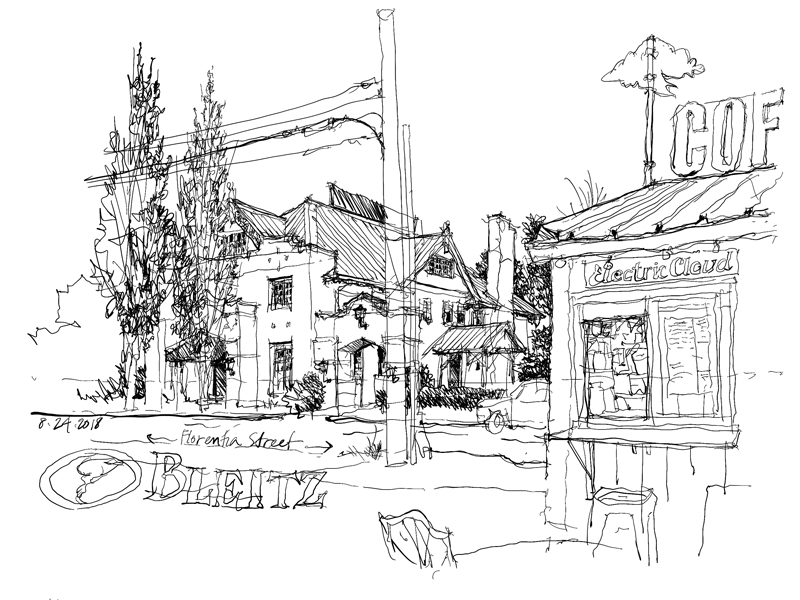 In 1904, Jacob J. Bleitz established Bleitz Funeral Home. In 1921, Bleitz had this structure built southeast of the Fremont Bridge, across the Ship Canal from the Fremont neighborhood.

The city of Seattle Landmarks Preservation Board designated the Bleitz Funeral Home a city of Seattle landmark early last year. In the landmark nomination application, architect Susan D. Boyle wrote of the building’s eclectic style: “The original two-and-a-half story funeral home is a combination of a vernacular building with an eclectic revival style front facade. It appears to have been the work of a designer, although the identities of the original designer or architect and builder remain unknown, and no original design drawings have been discovered.”

While the concrete exterior still stands, most of the interior has been gutted in preparation for its conversion into office spaces for small to mid-size companies.