This past Sunday, I attended the 10 am Mass at Santa Maria in Trastevere, a basilica that feels like a normal parish church rather than one that simply attracts tourists. Compare this view from my usual position, seated in the rear and to the left, to a similar one of Blessed Sacrament Church that I did back in mid-September. 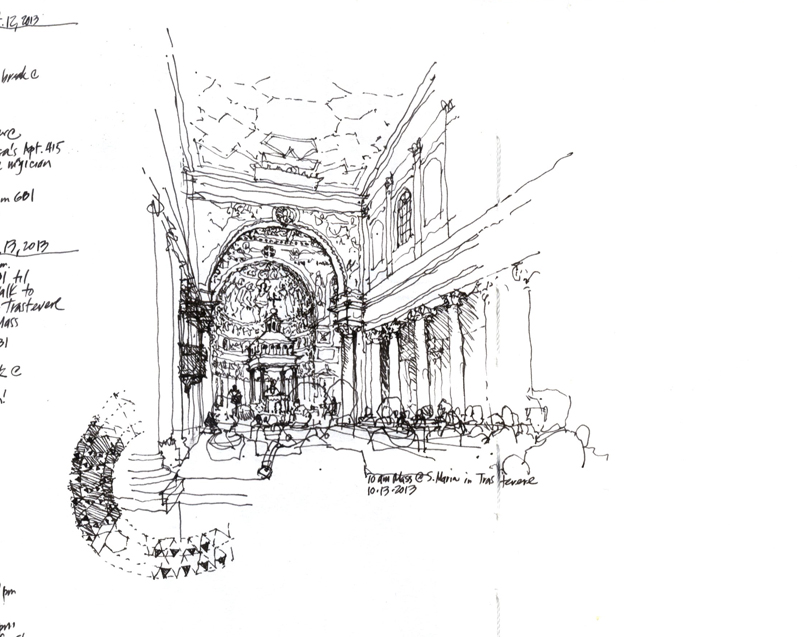 The basilica is believed to have its origins in the 4th century, being rebuilt in the 12th century and restored several times since then. Notable are the beautiful medieval mosaics, the Cosmatesque flooring, and the 22 Ionic and Corinthian columns that line the nave, which were brought from the Baths of Caracalla and other sources.