I leave Rome tomorrow for Seattle. While it has truly been a privilege and a pleasure to have once again taught in the Eternal City, I’m looking forward to returning home. Before departing, I want to share just a few more drawings. 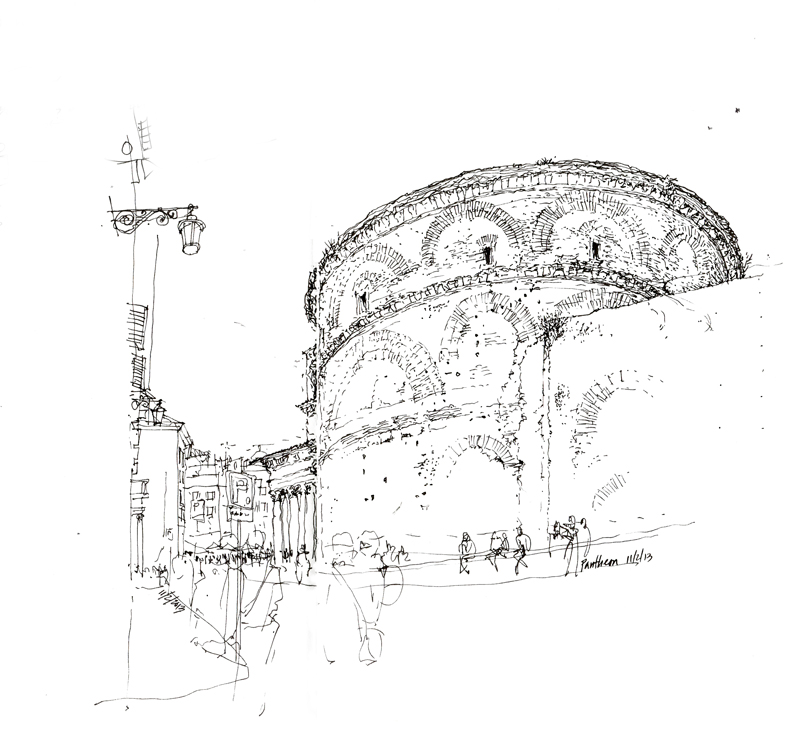 If I absolutely had to pick a favorite building in Rome, it would have to be the Pantheon, which is ideal in its conception and outlook but also attractive in the way it has aged and adapted over the centuries. I’ve drawn the Pantheon many times before but this time I decided to capture an aspect of the structure that rarely gets noticed. 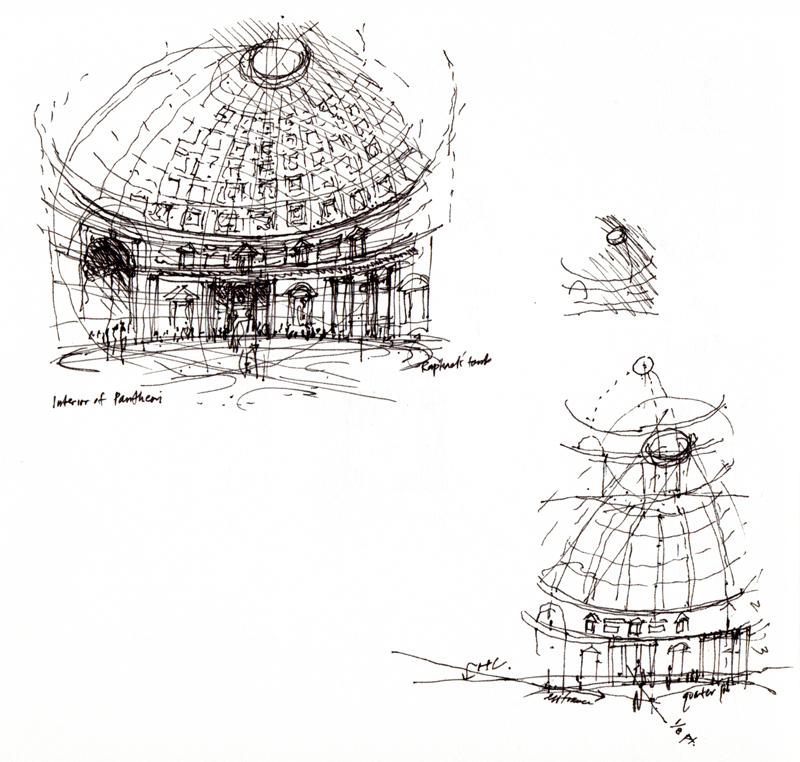 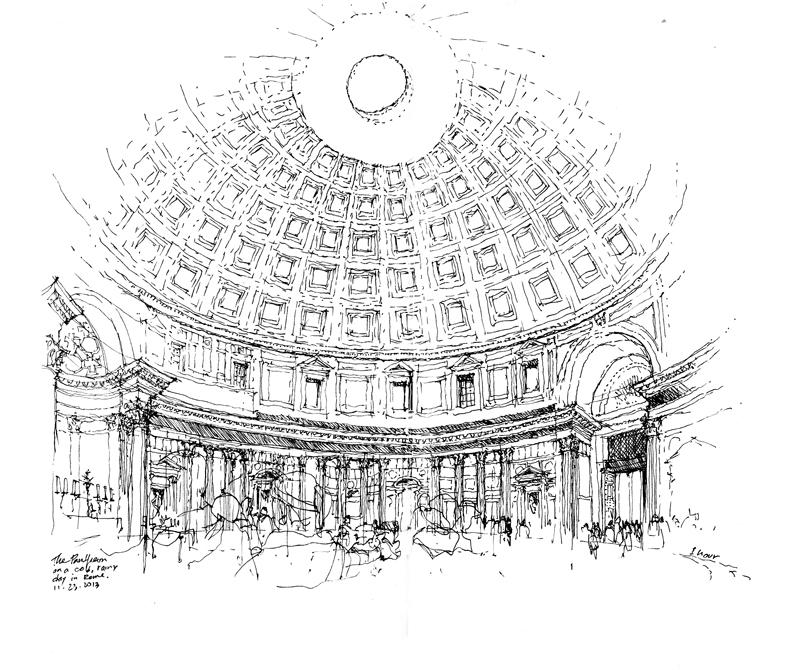 These are two interior views of the Pantheon. The first was done quickly in 2000, while the second took about an hour to do on a recent cold and rainy day, when the idea of sitting inside and drawing felt strangely welcoming. It’s always difficult to convey the way the spatial volume envelops you but the challenge was worthwhile and rewarding.