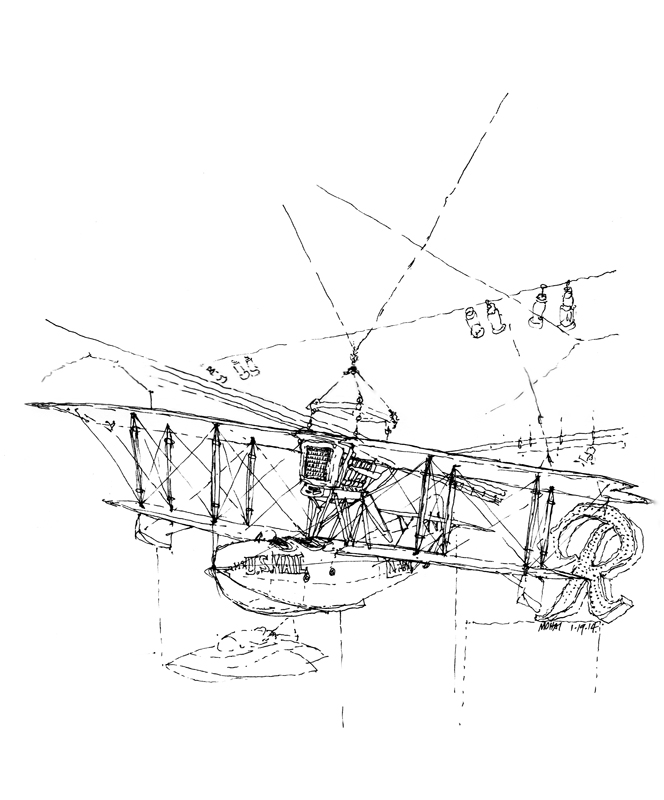 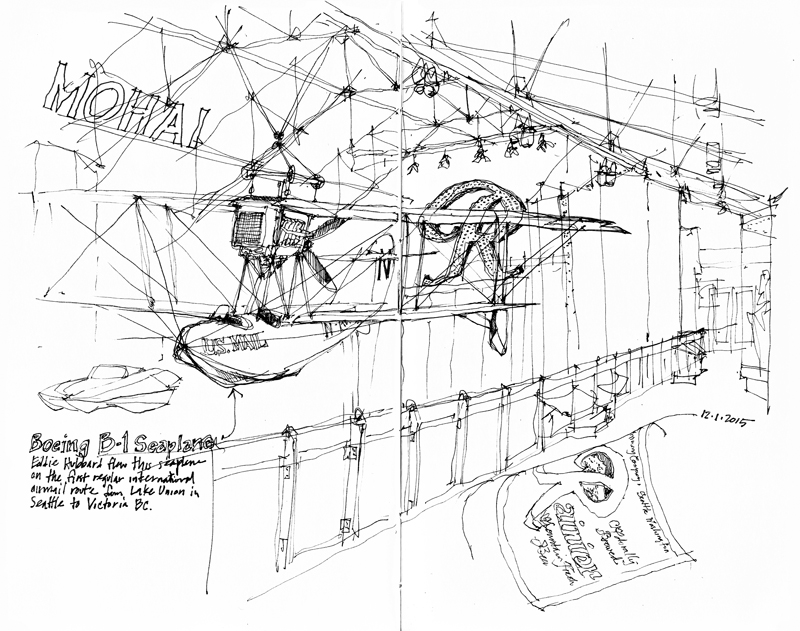 The Boeing B-1 seaplane, the first and only one built, began flying the international airmail route from Lake Union in Seattle to Victoria, British Columbia, in 1919. I drew the first view of the seaplane last year, which merely hinted at its context. The second view was drawn when a small group of urban sketchers met this past Tuesday at the Museum of History and Industry (MOHAI) to sketch with Laurie Wigham, who was visiting from San Francisco. This time, I included a greater sense of the central hall space in which the seaplane is suspended. Context matters. 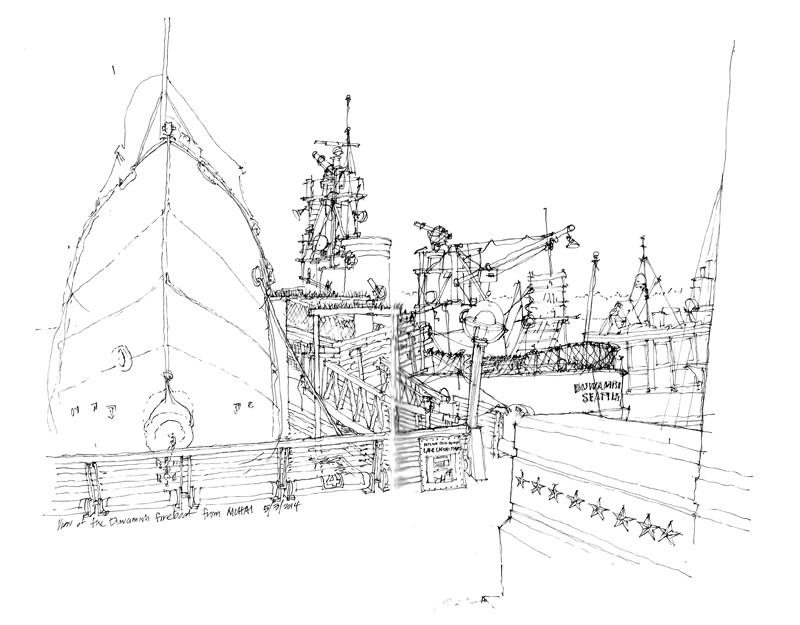 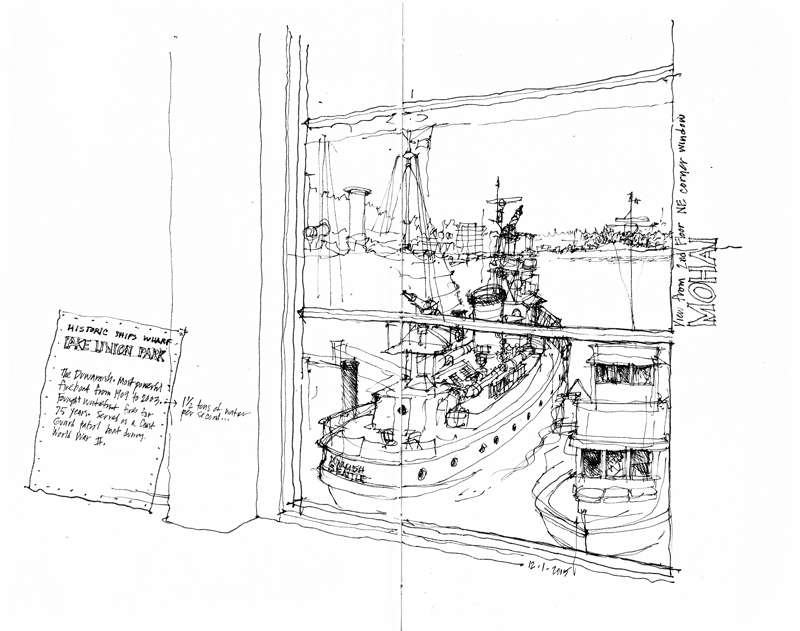 Here are two views of the Duwamish, a fireboat built in 1909 and now moored at the Historic Ships Wharf just north of MOHAI. The first is taken from the wharf itself while the second is drawn from the northeast corner window of the second floor of MOHAI. The window itself serves as a framing device for the drawing. Context matters.