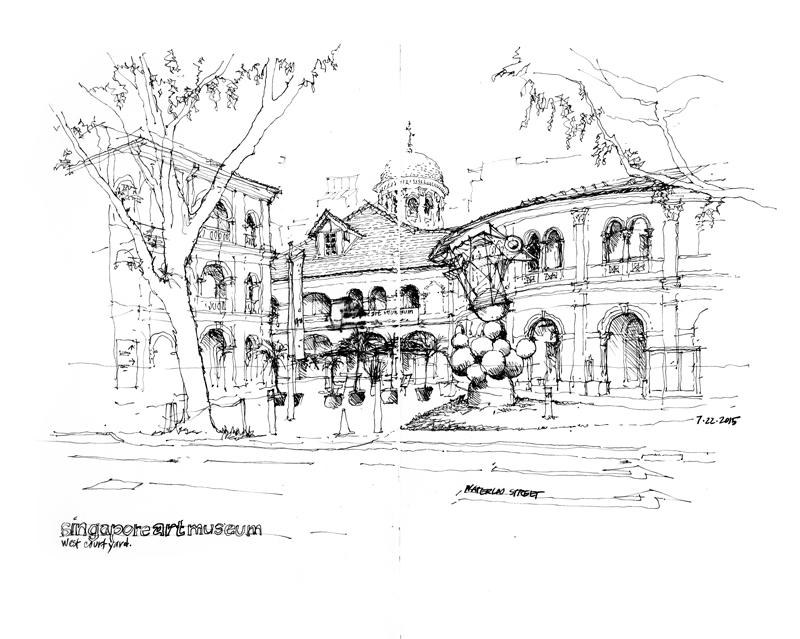 During last summer’s Urban Sketchers Symposium, the Singapore Art Museum was the site for my workshops. Opening in 1996, the museum is housed in what was originally St. Joseph’s, a 19th-century mission school run by the La Salle Brothers. 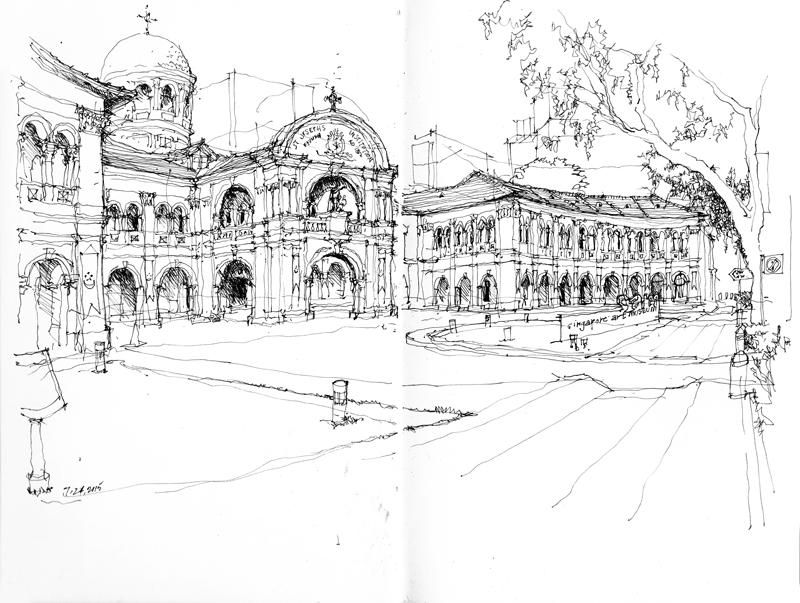 Both before and after the workshops, I had the opportunity to draw two exterior views of the the museum, which focuses on the contemporary arts of Singapore, Southeast Asia, and Asia. The difficult aspect of both of these views was controlling the amount the wings of the building curve as they extend out from the main body of the complex, neither exaggerating, nor minimizing the amount of curvature.