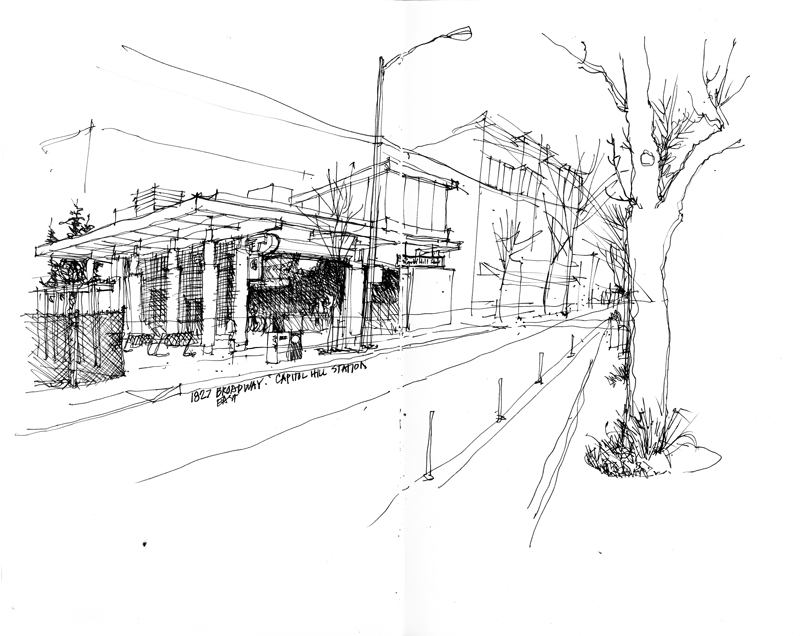 Sound Transit, Puget Sound’s mass transit agency, is slowly but surely building out a true light rail system for the region. While initial funding was approved by the voters in 1996, the Central Link system running from downtown south to SeaTac airport didn’t open until 2009. These sketches are of the Capitol Hill Station that opened recently along with the next stop at the University of Washington. The Central Link line is continuing to be built northward to the University District, the Roosevelt neighborhood, and Northgate. 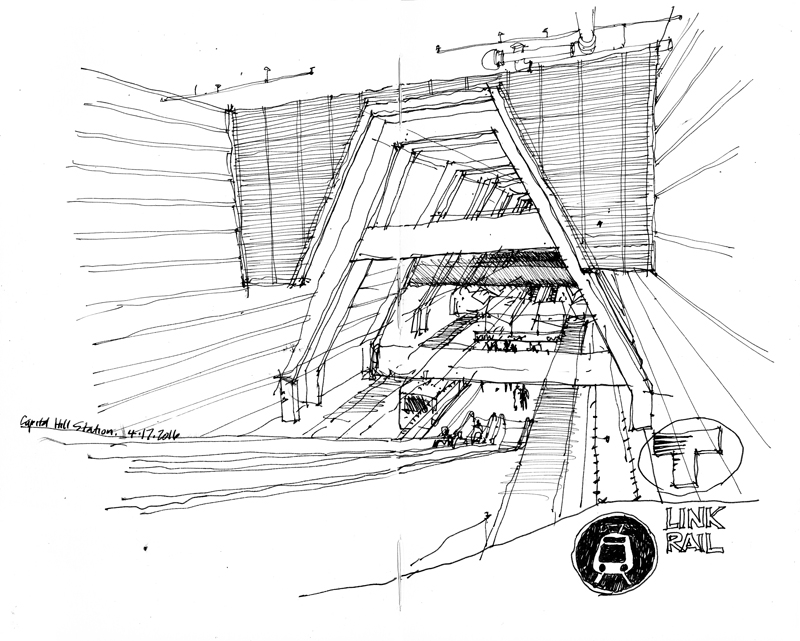 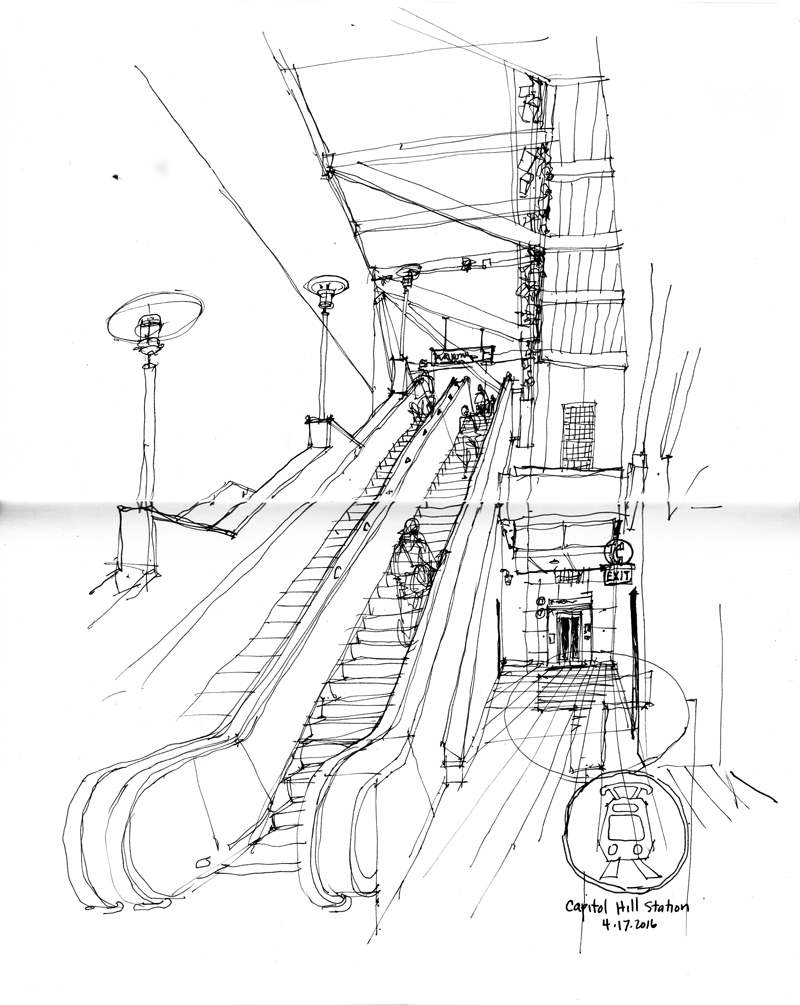