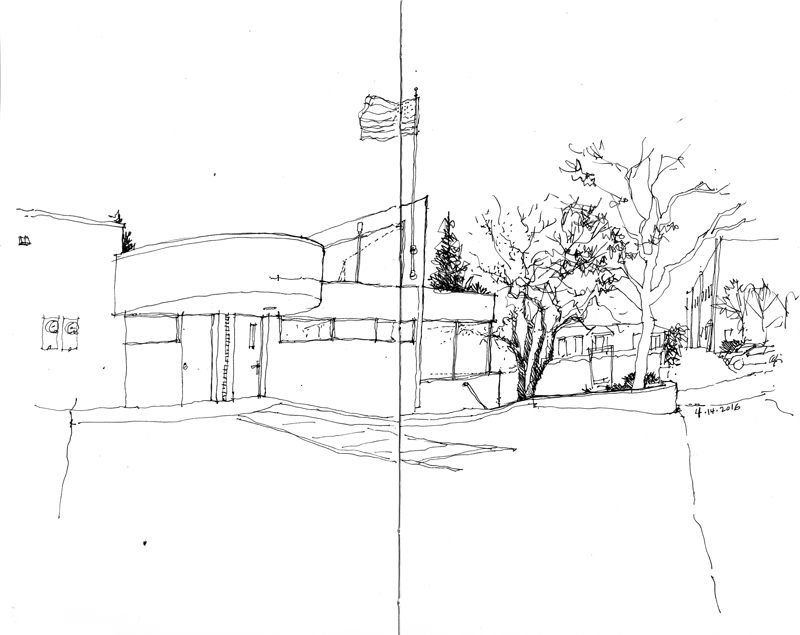 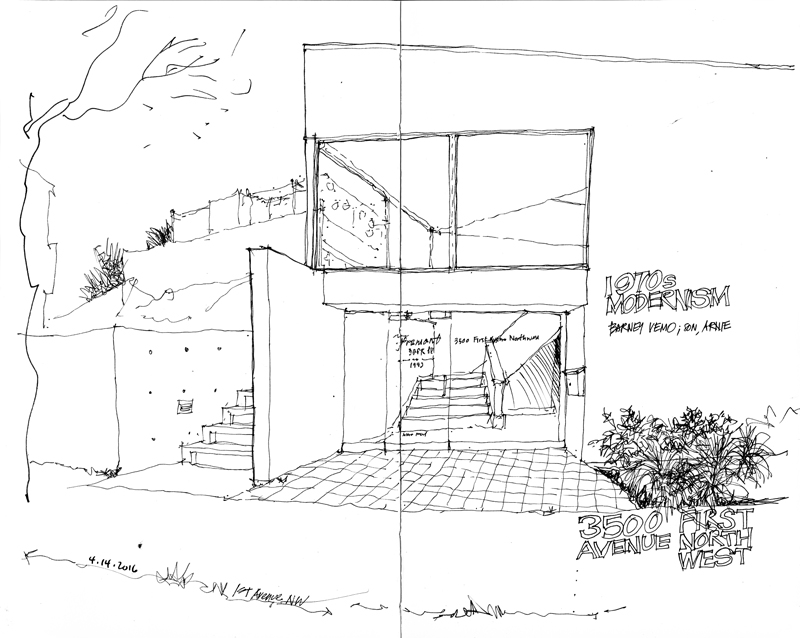 This office building at 3500 First Avenue Northwest reminds me of the formal, geometric modernism of Gwathmey Siegel & Associates and other firms from the 1970s. I was told that Barney Vemo designed and built the structure in that same time period. After walking by this place many times, what I recall in my mind’s eye are these fragments that I drew, not the entirety of the whole as shown in the photograph taken from across the street. 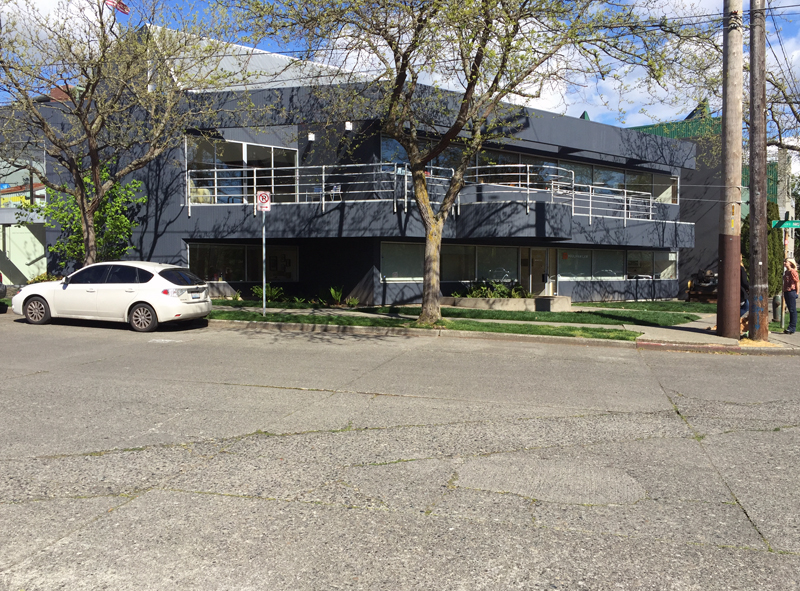 Sometimes, visual memories of places consist of single, iconic images. Think of the Pantheon in Rome or the Eiffel Tower in Paris. At other times, what we remember consists more of a collage of partial views rather than an image of the whole. 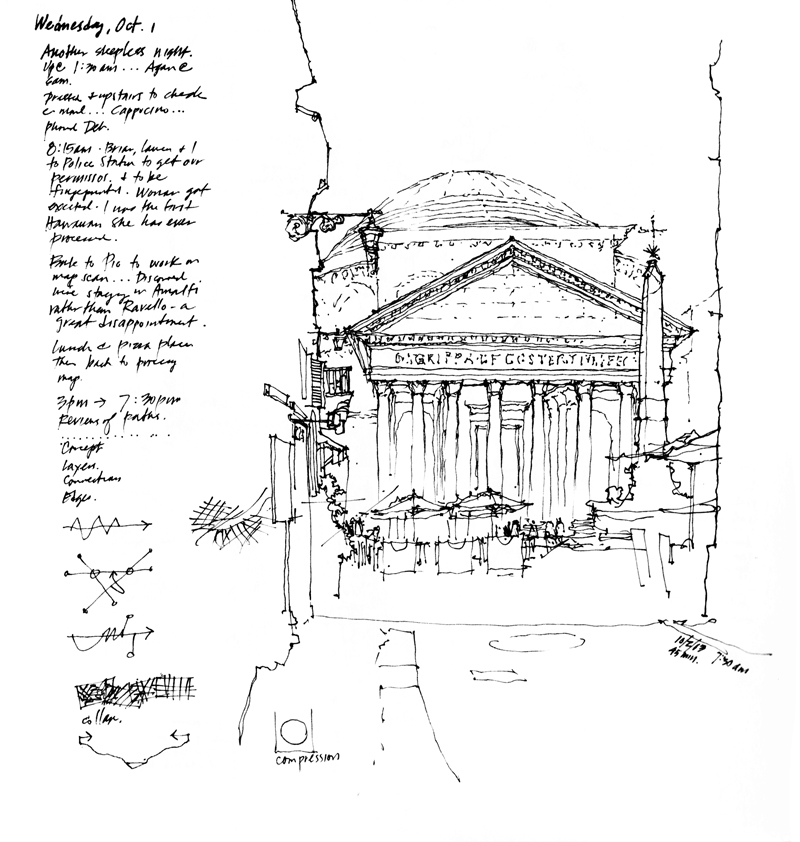