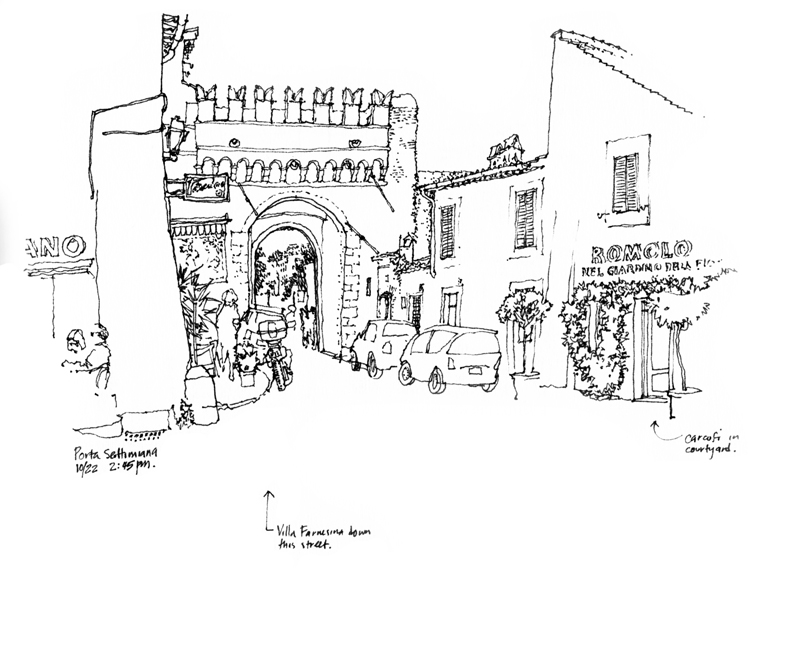 Porta Settimiana is a gate in the Aurelian Wall on the west side of the Tiber. Marking the beginning of the Via della Lungara that leads from Trastevere to the Borgo, Porta Settimiana is a restoration of the original gate that was built in 275 AD over the Via Recta, undertaken in 1498 under the direction of Pope Alexander IV. 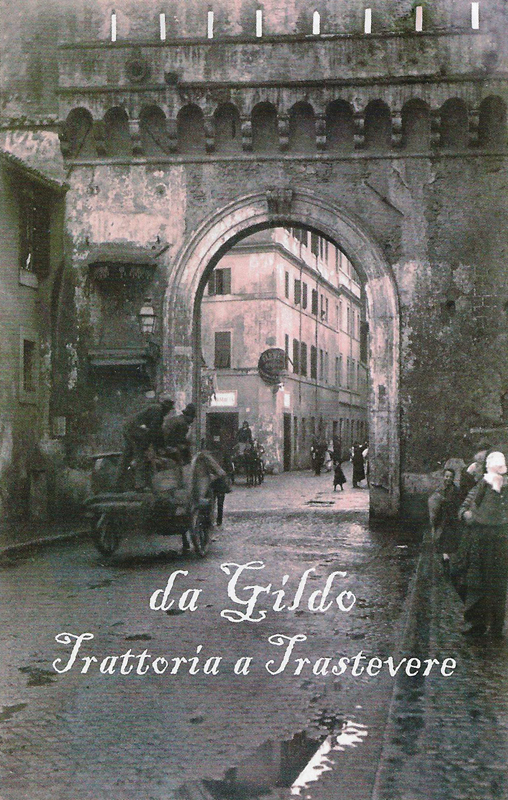 Looking the other way back through the Porta at the corner where Via della Scala meets Via Benedetta is l’Antica Trattoria Da Gildo, one of my favorite little restaurants in Rome. This is where I had my first taste of Cacio e Pepe in 2000, which has not yet been surpassed. I frequent Da Gildo whenever I teach in Rome and I’m looking forward to dining there again this fall.