Once we have decided on the subject matter for a sketch and established a particular point of view, we turn our attention to framing and composing the view on the page. A useful guide about which I had posted five years ago is the rule of thirds. Many photographers are familiar with this strategy of divided the image field into nine equal parts with two equally spaced horizontal and vertical lines, and placing points of interest at any of the points of intersection or laying out important compositional elements along any of the horizontal or vertical lines.

Overlaying this grid of thirds onto the above drawing shows how the plane of the porta is placed at the upper left intersection and is balanced by the element on the right.

Here are two drawings, both of which use a horizontal line as the basis for the composition. One is along the lower third to emphasize the view upward while the other is on the upper third to show the foreground and convey a greater distance between the viewer and what is viewed.

In this drawing, both a horizontal and a vertical grid line serve to organize the urban scene.

Of course, the rule of thirds is not a precise method for placing compositional elements. Rather, the general idea is to place important points of interest off-center to create greater visual tension and more dynamic compositions.

And sometimes, the scene requires accommodating multiple centers of interest that draw the eye into and around a drawing.

Once we have decided on the subject for a sketch—a scene, a building, or a fragment of a building—the next step is an important one in which we search for a vantage point from which to view and capture the subject. In so doing, we are in effect organizing the visual elements and focus of the drawing composition. Moving one way or another alters our viewpoint and thus the way the compositional elements relate to each other on the page.

And so, deciding where to stand or sit should be more than a matter of convenience or comfort. Rather, it should be determined by the composition a particular viewpoint offers. To illustrate, here are three different views of the main reading room of Suzzallo Library on the University of Washington campus, a beautiful example of Collegiate Gothic architecture. 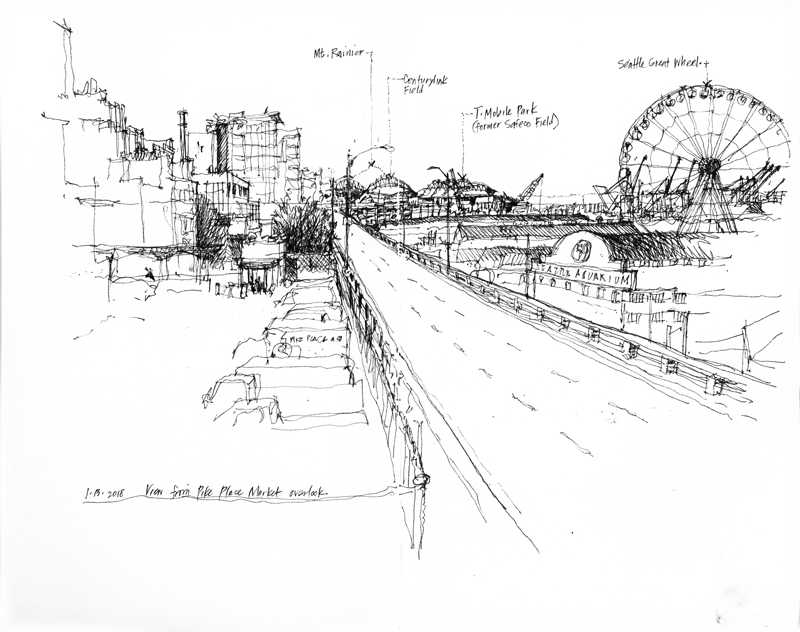 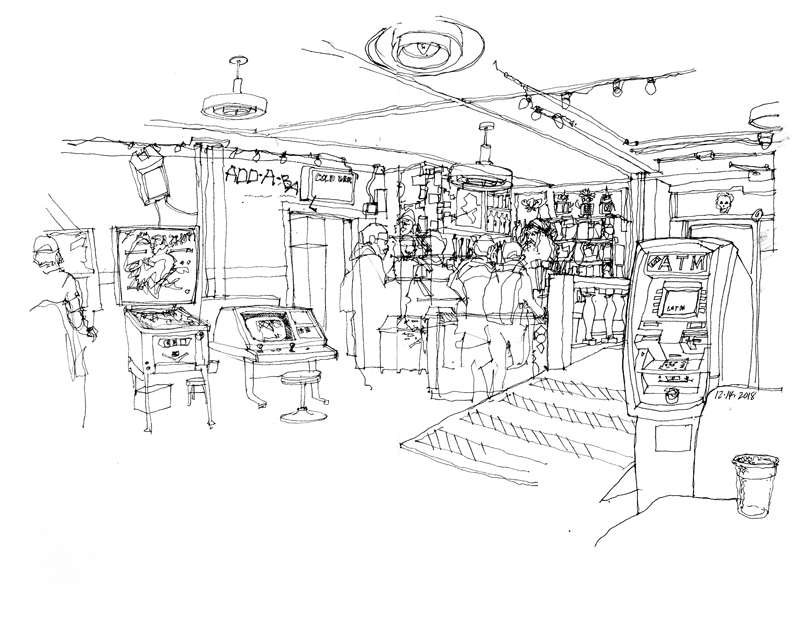 Just off the alley behind and beneath 315 North 36th Street in Fremont is Add-A-Ball, an old-style arcade filled with rows of pinball machines and other arcade games, including such classics as PacMan and Tetris. Quoting The Stranger, “It’s the basement you wish you could’ve had when you were 14, if you were 14 in 1983.” 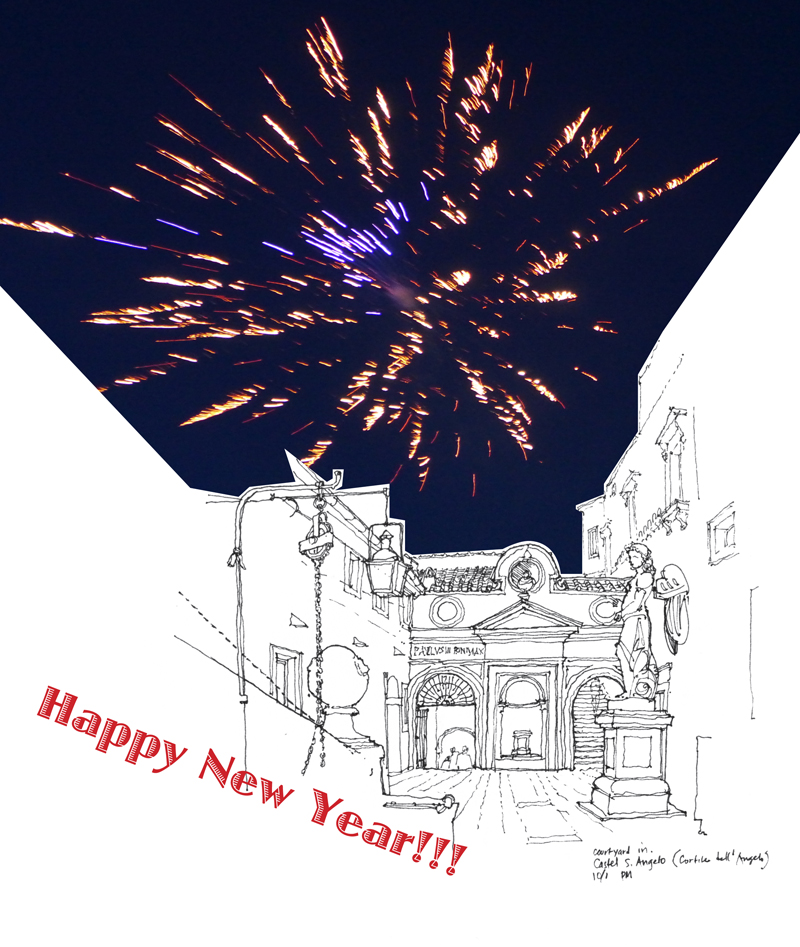 May the New Year bring a more peaceful, gracious, and just world.